The cast of 'Force 2', John, Sonakshi and Tahir Raj Bhasin pose for the shutterbugs outside the studio.

John and Sonakshi smile for the shutterbugs before the shoot started.

The duo got involved in one of the comic acts involving Bharti Singh.

What's John doing with the steering wheel in his hand? 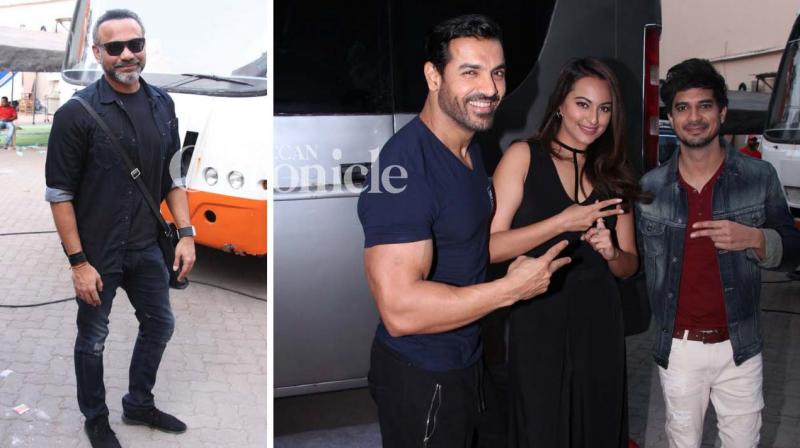 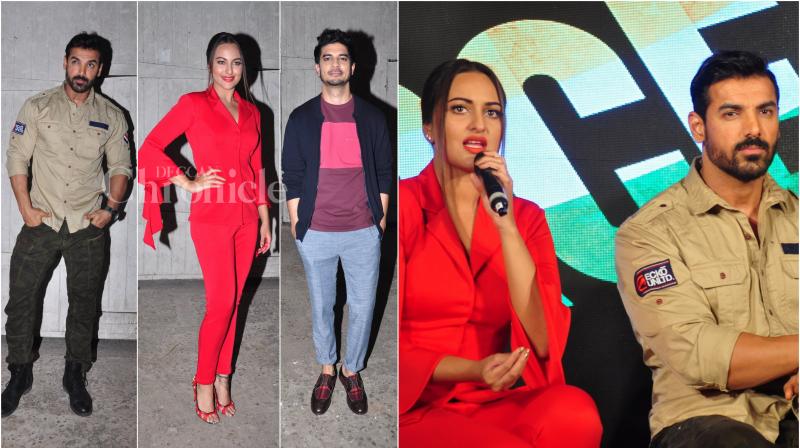 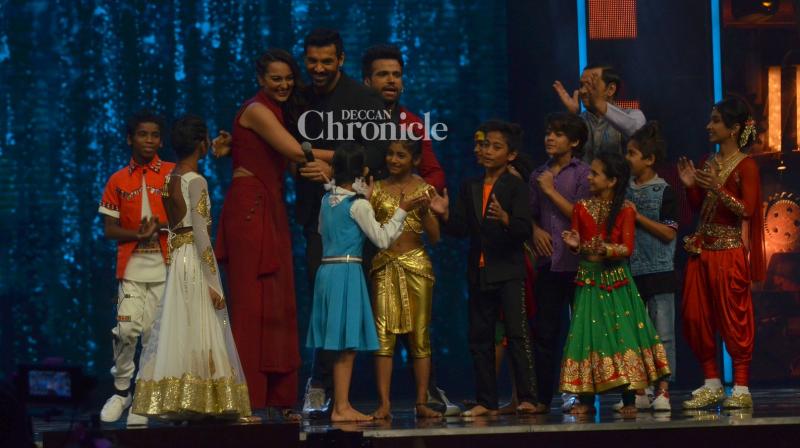 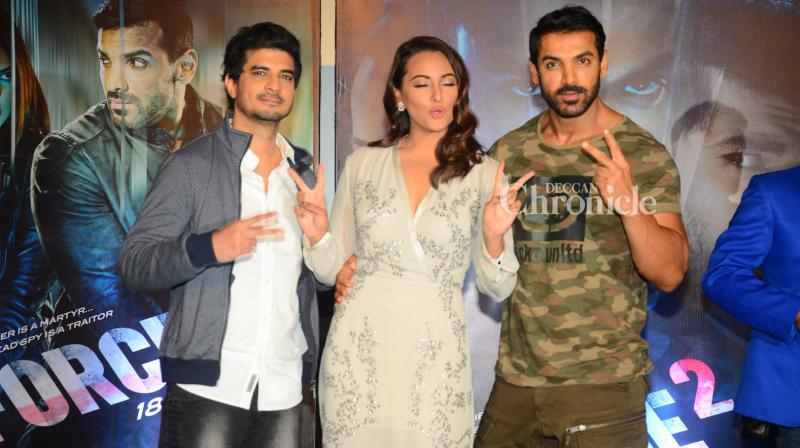 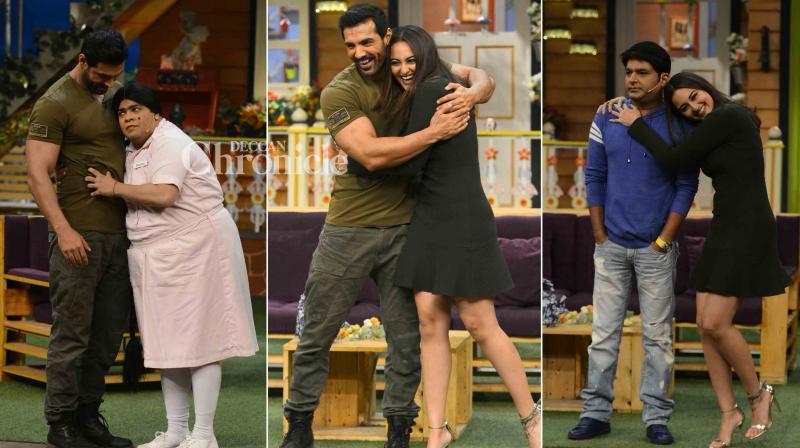