Several Bollywood stars were present at an event on the occasion of World Environment Day to spread the message of planting trees in Bandra, Mumbai on Monday. (Photo: Viral Bhayani)

Govinda flags off the event.

Karisma Kapoor poses for the cameras with a sapling.

Karisma and Zayed Khan during a felicitation ceremony.

Jackie Shroff was at his animated best at the event.

Jeetendra was also among the celebrities seen at the event.

Arbaaz Khan and Ayushmann Khurrana with Asif Bhamla, who had organised the event.

Tusshar Kapoor and Chunky Pandey pose with their saplings to spread the message of planing trees.

Ankit Tiwari was also spotted at the event.

Neha Dhupia was snapped while arriving for the event. 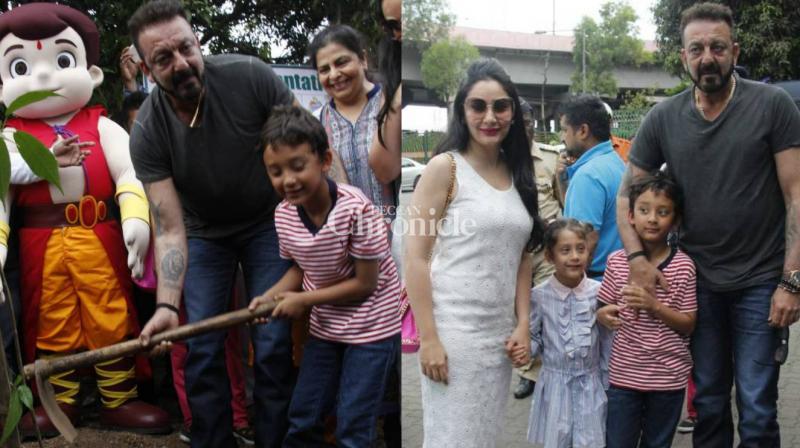