Numerous Bollywood celebrities were spotted at the Chautha ceremony of Suniel Shetty's father Veerappa Shetty, who passed away on Wednesday, held in Mumbai on Saturday. (Photo: Viral Bhayani)

Akshay Kumar and Suniel Shetty were part of numerous films together in the '90s and early 2000s.

David Dhawan was also seen making his way for the ceremony.

Ramesh Taurani was seen on the sidelines of the event.

Anupam Kher was also seen arriving for the function.

Indra Kumar was also snapped by the cameras.

Sonu Sood was also clicked arriving at the venue.

Rajpal Yadav has worked with Suniel in numerous films.

Bobby Deol was also snapped by the cameras.

Madhur Bhandarkar had directed Suniel in 'Aan: Men at Work.'

Anubhav Sinha was one of the celebrities who came out for the function. 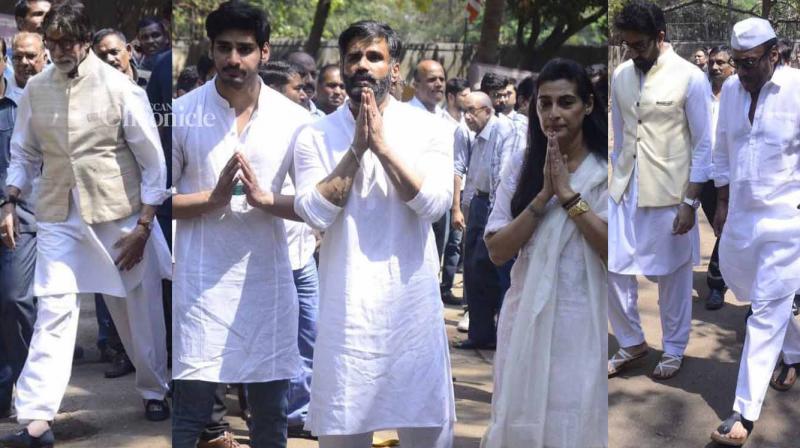