Members of the Kapoor family and stars from the film industry were seen arriving for the prayer meet of Krishna Raj Kapoor, who passed away recently, in Mumbai on Thursday. (Photos: Viral Bhayani)

Legendary actor-filmmaker Raj Kapoor's wife Krishna Raj Kapoor was known for her grace and beauty and the venue was rightly decorated in a similar fashion.

Rajiv Kapoor is also one of the sons of Krishna Raj Kapoor. Another son Rishi Kapoor is currently in the USA for medical treatment.

Rima Jain is one of the daughters of Krishna Raj Kapoor and arrived with son Aadar Jain, who had debuted last year.

There were many celebrities who made an appearance for the ‘First Lady of Bollywood’, one of them being Rekha.
Tags: krishna raj kapoor, kareena kapoor khan, actress rekha 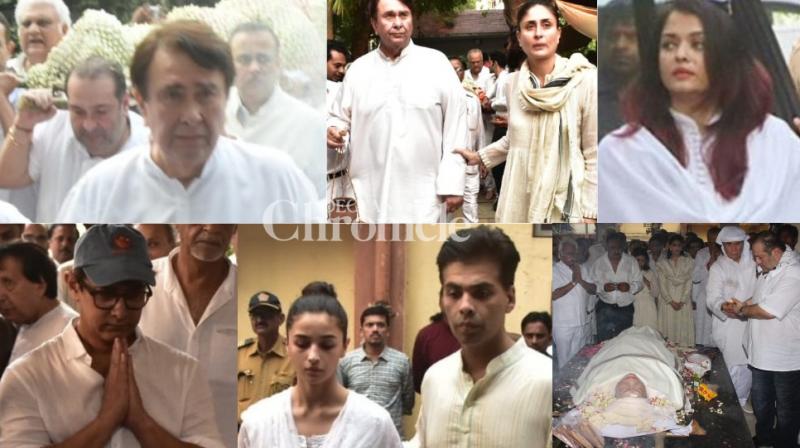