It seemed like a normal day for stars and the paparazzi in Mumbai on Tuesday, but reasons for the some of the outings, though unconfirmed, will bring a smile on your face. (Photos: Viral Bhayani)

Just another airport spotting of Priyanka Chopra? Look at the other side of the car, she was accompanied by fiancé Nick Jonas.

Big surprise in store? The couple were heading to Jodhpur, and speculation has been rife that the couple have chosen the city for a destination wedding.

Back in a few hours: Nickyanka, as some fans have started to address the couple, returned after a ‘recce’ of the city, so can we assume Jodhpur it is?

Is Varun Dhawan on the way to Abu Dhabi? The actor is apparently a part of Salman Khan’s ‘Bharat’ and rumours suggest this airport spotting is about it.

There’s more speculation: Alia Bhatt was seen visiting Aamir Khan at his residence, and this isn’t the first time it had happened in the past few days.

A x 3: Rumours suggest Alia and Aamir are set to collaborate for a film to be helmed by Ayan Mukerji, who was also seen at the venue.

That’s a ‘Proper Patola’ at the airport: In case you’re wondering what it means, we just called Parineeti Chopra a hot Punjabi woman, actually they are lyrics of a song from Namaste England.’

We don’t know if Taimur is angry, happy or just indifferent to the paparazzi as they spotted him in Bandra, but like you know, he’s adorable every single moment.

Let me enjoy the effects of a workout: Sonakshi Sinha had no time to pose for the cameras as she quickly got into her car after gym in Bandra.
Tags: priyanka chopra, alia bhatt, varun dhawan 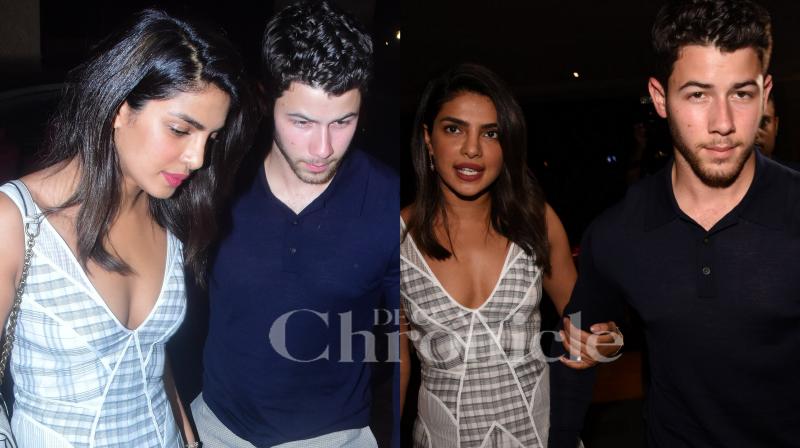 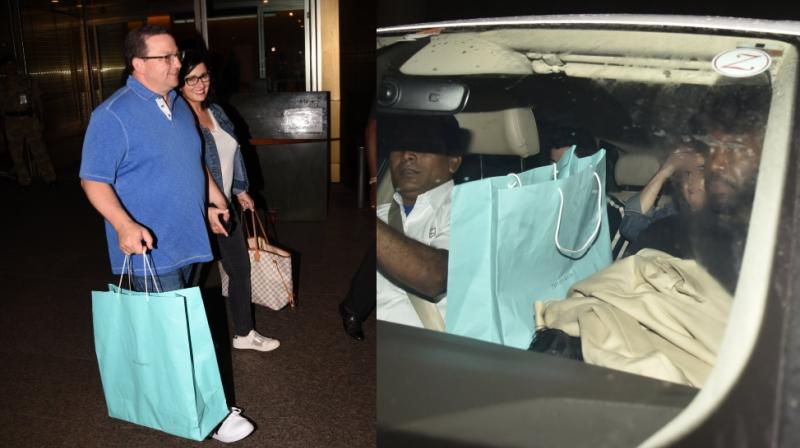 Nick Jonas and family arrives in India, but is that a gift for Priyanka Chopra?