The team of Aamir Khan's production 'Secret Superstar' unveiled the trailer of the film in Mumbai on Wednesday. (Photo: Viral Bhayani)

After 'Dangal', Aamir and Zaira Wasim reunite in 'Secret Superstar.'

Kiran, Zaira, Aamir and the director of the film Advait Chandan pose for the cameras.

With Aamir not being a regular at Bollywood events, Aamir had to face a lot of questions from the media.

Aamir Khan's wife Kiran Rao is credited as one of the producers of the film.

Aamir's nose piercing and hair style is part of his look for 'Thugs of Hindostan' which he was shooting for in Malta.
Tags: aamir khan, secret superstar, zaira wasim, kiran rao 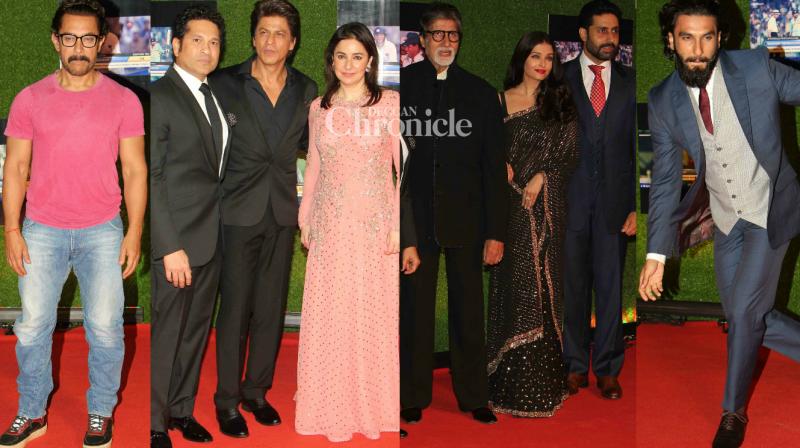 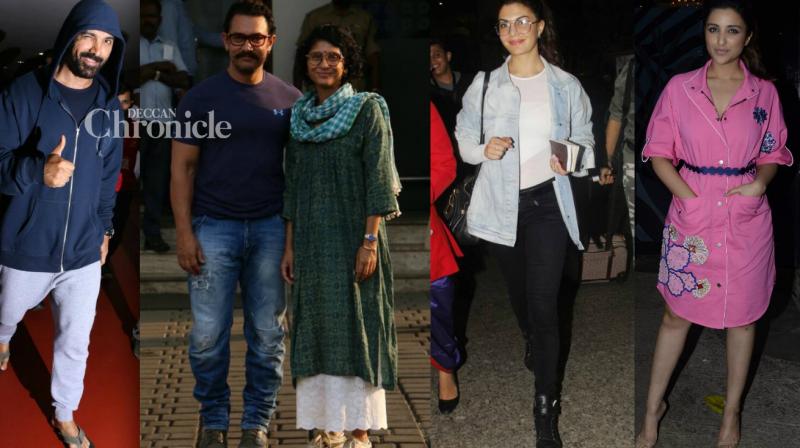 Aamir, Jacqueline, John, Parineeti, others impress with their fashion sense