The team of the recent film ‘Sanju’ celebrated the outstanding opening weekend collections together in Mumbai on Monday. (Photos: Viral Bhayani)

Ranbir has not just impressed critics and audiences alike with his portrayal as Sanjay Dutt, but has also achieved the level of collections that only the Khans enjoyed, with the film crossing Rs 100-crore mark in the opening weekend itself. The film has set records for highest opening weekend this year and highest collections on a single day of all time.

The successful director-writer duo Rajkumar Hirani and Abhijat Joshi have done it again, and deserve as much if not more praise than Ranbir.

Paresh Rawal enacted the part of late actor-politician Sunil Dutt so well that many on Twitter felt it was a biopic on him and not Sanjay Dutt.

Manisha Koirala might have been seen in sarees in the film as late actress Nargis Dutt, but she showed she can carry a western outfit well too.

Dia Mirza, who played the character of Sanjay’s wife Maanayata, arrived with husband Sahil Sangha for the bash.

No, Karishma Tanna did not play Madhuri Dixit in the film as was reported for a long time, but she impressed in her brief role.

Apart from the team members, Arshad Warsi was also seen in the film in snippets shown and morphed from ‘Munnabhai MBBS.’

Sham Kaushal’s son Vicky has been earning rave reviews for his performance while the former is the action co-ordinator of the film.

Veteran actor Anjan Srivastav is one of the members of the cast, having played the role of a minister.

Sonu Nigam lent his voice to the song ‘Main Badhiya Tu Bhi Badhiya’ from the film, which was used only for promotion.

Papon, who had made headlines over flak for kissing a minor girl, sung ‘Baba Bolta Hain Bas Ho Gaya’ from the soundtrack.

Nakash Aziz crooned the song ‘Bhopu Baj Raha Hain’ from the album, which is composed by Rohan-Rohan.

Mukesh Chhabra, who is turning director with ‘The Fault in Our Stars’ remake, did what he is known, casting for this film.
Tags: sanju, ranbir kapoor, rajkumar hirani, manisha koirala, karishma tanna 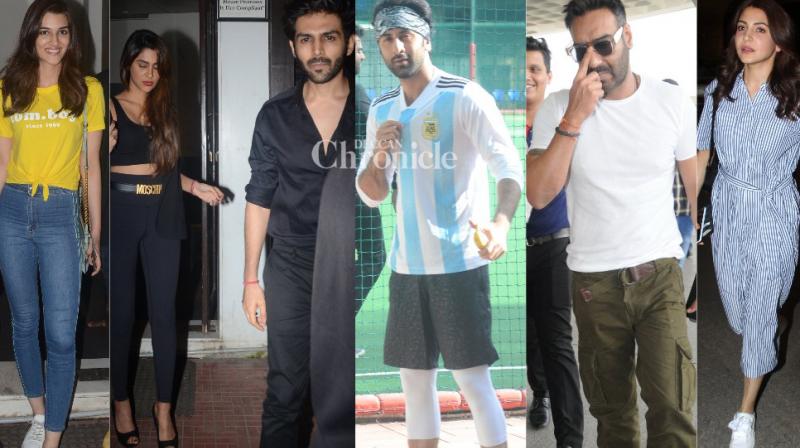 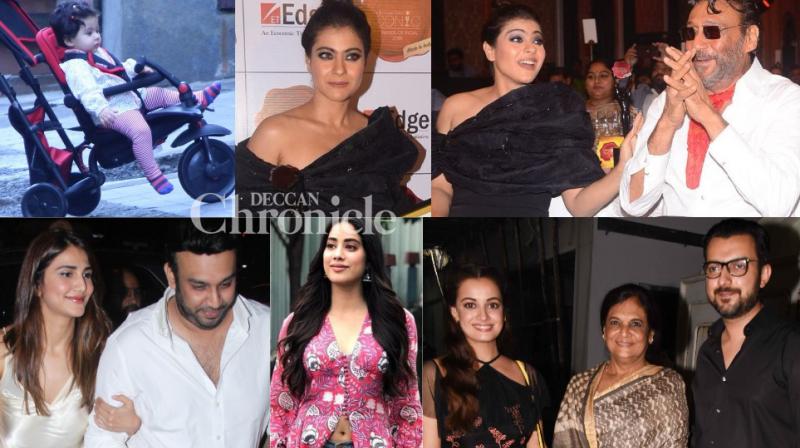 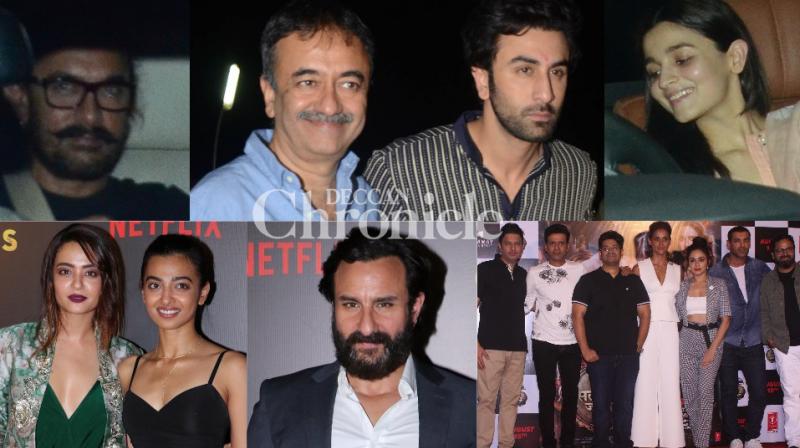 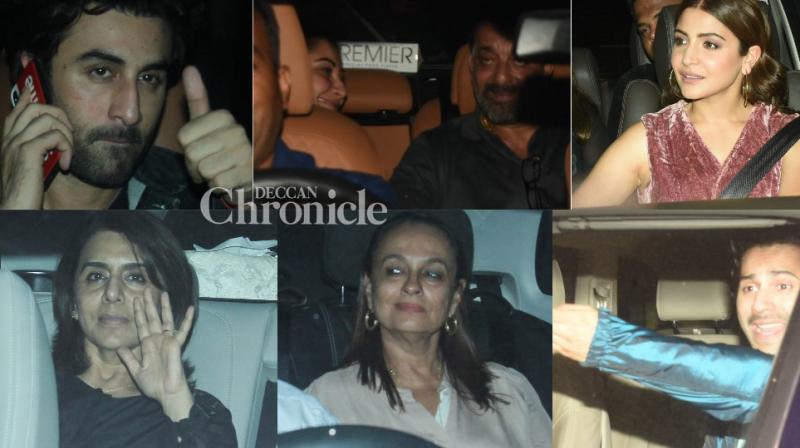 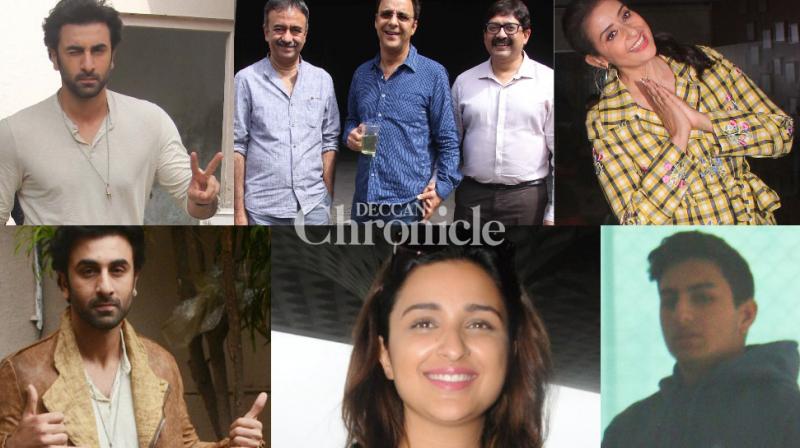 Ranbir and his Sanju race to release in full steam, Ibrahim, others snapped