The paparazzi didn’t track the streets of the city that well owing to an unfortunate demise of a celebrity taking most shutterbugs, but they still managed many snaps in Mumbai on Monday. (Photos: Viral Bhayani)

Loving South too much: After distributing magnum opus ‘Baahubali’, Raveena Tandon’s husband Anil Thadani seems to be going from Telugu to Kannada, if a collaboration is what they discussed.

Hasn’t the biceps grown in size of late? Tiger Shroff surely seems to be bulking up for film opposite his favourite Hrithik Roshan as he was snapped outsidea Bandra studio.

It was evening when we spotted Farhan Akhtar after a shoot in Bandra, but isn’t that time a likely period to find ‘The Sky is Pink’?

Kar-tik Aaryan, Kar, Khar: The ‘Sonu Ke Titu Ki Sweety’ star snapped in the suburban area in the city before entering his car.

Why not go and click my cousin Taimur? Inaaya Naumi Kemmu didn’t seem welcoming of the paparazzi near her residence in Khar.

Smile without your loved ones too: Rhea Chakraborty, who’s usually spotted with her ‘Jalebi’ co-star Varun Mitra nowadays, looked cheerful outside her producers, Vishesh Films' office.

Who said airport looks not just for the so-called stars? Shabana Azmi poses for the cameras after her journey.

Yeh Dil Maange More: Did we see Daisy Shah’s favourite soft drink brand as she made her way out of the airport?

Not stage to films, but vice versa: Unlike several stars who join industry after doing theatre, Minissha Lamba made her debut with ‘Mirror Mirror’. Bharat Dabholkar was also seen with her.

Be it a film-related event or stage play, Shekhar Suman doesn’t take his style quotient lightly and had a distinct appearance.

Let me also feel the love of a mother like many actors have in their movies: Ashmit Patel poses with Smita Jaykar at the event. 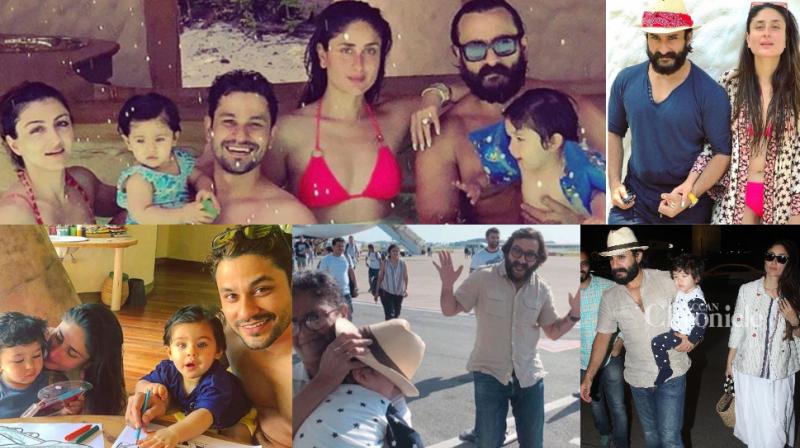 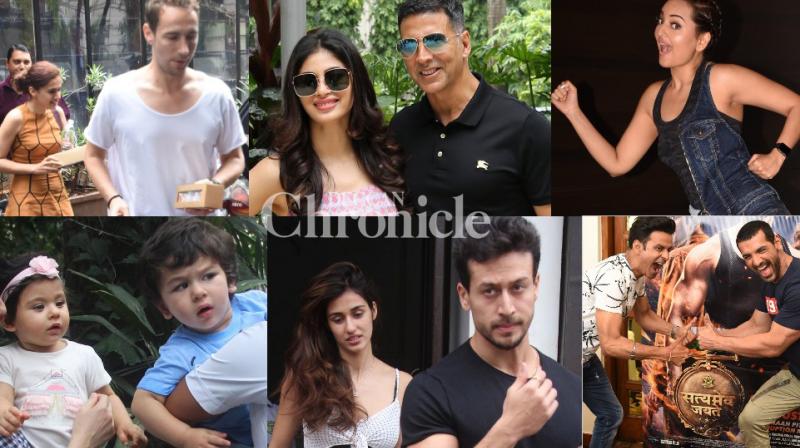