Katrina Kaif finally returned to the city with her mother Suzanne Turquotte after completing ‘Bharat’ schedule in Malta, then visiting her hometown London.

Meanwhile, her sister and soon-to-be debutante Isabelle Kaif, was seen arriving at a restaurant in Bandra.

Kareena Kapoor Khan, who has been signed for two films by Karan Johar, was spotted at a film studio in Bandra.

Her son Taimur Ali Khan, meanwhile, had a cute expression, sticking out his tongue on spotting the cameras in Bandra.

Shweta Bachchan Nanda and her daughter Navya Naveli had lunch at a restaurant at Bandra Kurla Complex.

Sushant Singh Rajput arrived in style for a beauty pageant, dressed in a dark green suit with black shirt and brown formal shoes.

Neha Dhupia flaunted her baby bump on the red carpet in a black gown with a red twirled addition to it.

Shilpa Shetty Kundra also was one of the celebrities in a red halter neck gown and had a smile as she touched Neha’s baby bump.

The Kapoors, Boney, Khushi and Janhvi, headed for a journey together and were clicked arriving at the airport.

Varun Dhawan didn’t seem in the mood to pose for the shutterbugs after a workout session at his gym in Juhu.

Parineeti Chopra’s red locks for 'Jabariya Jodi' looked slightly subdued as she was clicked by the paparazzi at the airport.

Rajkummar Rao, who had two reasons to celebrate, his birthday and the release of ‘Stree’, was spotted at a Juhu multiplex.

Sonam Kapoor held a placard describing who she is at an event for the MAMI festival, where she was seen for the second day in a row.

Aamir Khan’s wife and filmmaker Kiran Rao, along with Anupama Chopra, is one of the chairpersons of the film festival.

Fatima Sana Shaikh, whose ‘Thugs of Hindostan’ releases during Diwali, was spotted arriving at her favourite spot, a Bandra restaurant.

Tamannaah Bhatia, who will be seen in the remake of ‘Queen’ and ‘Sye Raa Narasimha Reddy, was also spotted at the same venue.

Aditya Roy Kapur, who will be seen in Abhishek Varman’s ‘Kalank’ next, poses for the cameras at a club in Bandra.

Raveena Tandon, who was seen in two films last year, was seen arriving at the airport for her journey.

Sonal Chauhan, who is one of the leads in the upcoming war drama ‘Paltan’, was clicked post gym in Bandra.
Tags: taimur ali khan, neha dhupia, katrina kaif 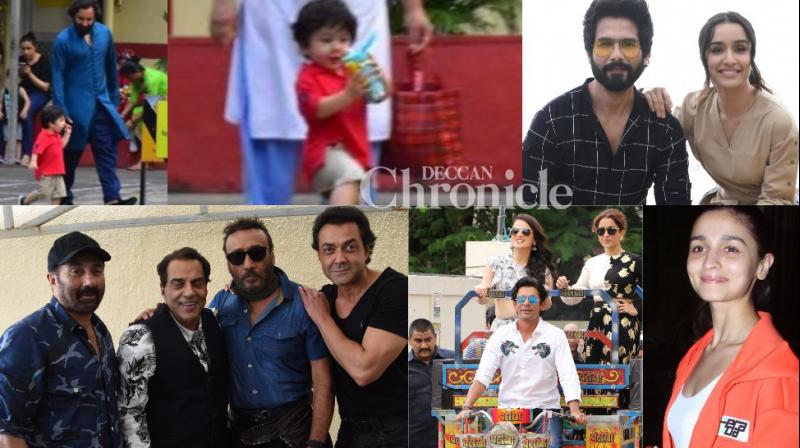 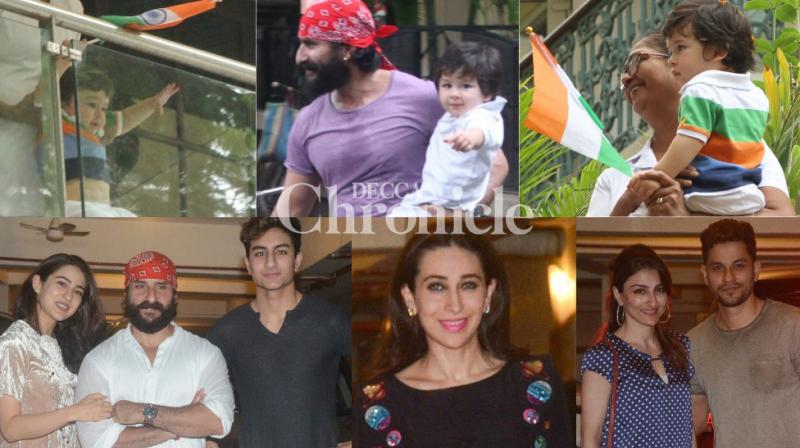