Bipasha Basu tied the knot with beau Karan Singh Grover in an intimate Bengali ceremony, that was followed by a grand Bollywood style reception. Here's a look at everything that went on at the #monkeywedding.

The photographers at Bipasha and Karan's wedding have released a set of pictures from the wedding ceremony and the reception that followed. (Photos: The Wedding Story)

The photos beautifully capture Bipasha's joy and excitement as she gets ready to tie the knot.

This was Bipasha's first marriage, while it was the third for beau Karan Singh Grover.

The marriage ceremony was conducted as per the Bengali traditions.

Bipasha dances her way to the mandap.

Karan flashes a naughty grin at the camera as he sits besides Bipasha during the marriage rituals.

Karan and Bipasha offer prayers during the marriage ceremony.

Bipasha and Karan take their rounds around the scared fire at their intimate marriage ceremony.

Karan and Bipasha wed in the presence of close friends and family.

Karan and Bipasha's marriage ceremony was a private affair that was later followed by a grand reception.

Karan kisses his new bride Bipasha after the marriage rituals.

Karan whispers sweet nothings to his blushing bride Bipasha before planting a kiss on her cheek.

Bipasha smiles as Karan applies the sindoor on her head.

Bipasha and Karan share a joke during the marriage rituals.

Mr and Mrs Grover pose for photos after the ceremony.

Karan went all out to shower his wife Bipasha with kisses during their wedding ceremony.

Bipasha changed into a beautiful golden ensemble for the reception.

Bipasha's hubby Karan sticks by her side as she poses with her 'No Entry' co-star at the wedding reception.

Ranbir Kapoor strikes a pose with the newly weds Bipasha and Karan.

Bipasha and Karan are all smiled as they pose with fellow Bollywood pal Sonam Kapoor.

Karan, Bipasha and her parents pose with the Bachchans- Aishwarya, Abhishek and Amitabh.

Bipasha and Karan's wedding took place at a South Mumbai five-star hotel. The nuptials was a private affair with family and close friends in attendance.

On the other hand, Karan looked dapper in a simple white sherwani. He made a grand entry on a segway amid band-baaja celebration.

Bipasha and Karan followed the Bengali ritual of the bride covering her face with betel leaves and encircling the groom seven times, as he remains seated on the 'piri', a wooden seat.

Bipasha's close friend Candice Pinto was by her side throughout the ceremony.

Biapsha and Karan tease Salman Khan at their wedding reception.

Bipasha and Karan's close-door weding was followed by a grand reception with friends from the Bollywood and television industries. The couple cut a four-tiered cake with two monkeys on top.

Once the celebrations got on the way, Karan and Bipasha took turns to pose with their guests for photos.

Anusha Dandekar poses with Bipasha and Karan in the photo booth.

Karan stuck my Bipasha's side all through the reception.

Karan and Bipasha strike a pose with Sonam Kapoor at their wedding reception.

Karan and Bipasha pose with Karanvir Bohra and his wife Teejay Sidhu.

Karan and Bipasha with Farah Khan at their wedding reception.

Salman Khan has a hearty laugh with the newly wed couple. 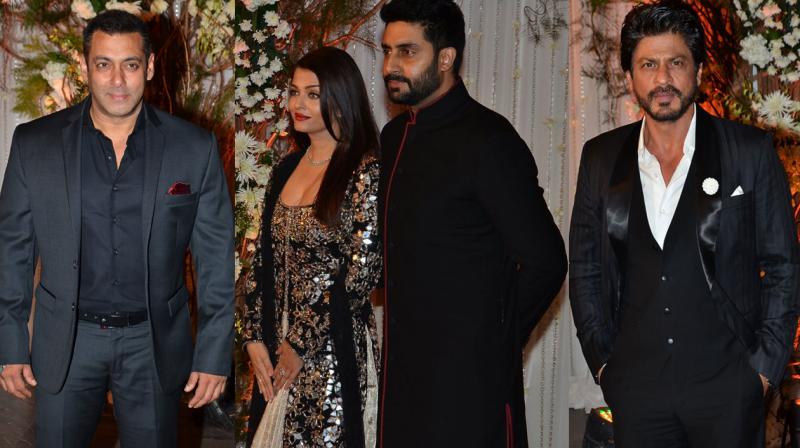 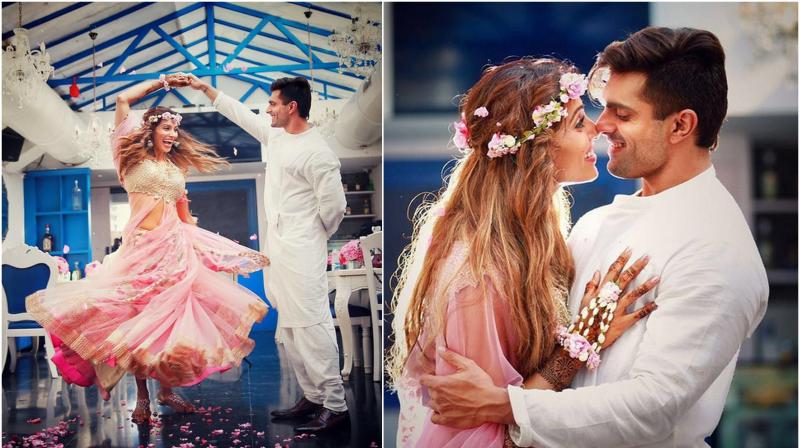 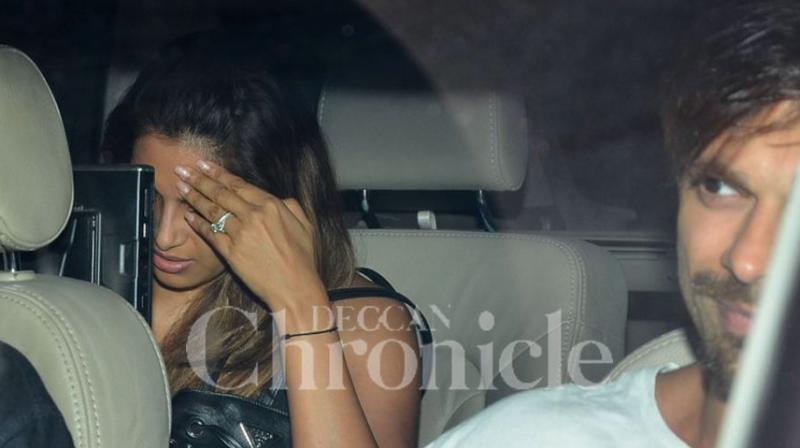 Wait for me to announce my wedding: Bipasha Basu