Zinedine Zidane secured his first win as the Real Madrid manager as his side thrashed Deportivo la Coruna 5-0. (Photo: AP)

Madrid: Zinedine Zidane's reign as Real Madrid boss got off to a flying start as Gareth Bale scored a hat-trick in a 5-0 thrashing of Deportivo la Coruna on Saturday.

Victory took Madrid back to within two points of Barcelona after the European champions cruised to a 4-0 win over Granada earlier in the day courtesy of a hat-trick from Lionel Messi.

Zidane was given a hero's welcome after replacing the sacked Rafael Benitez earlier in the week and Madrid were rarely troubled after Karim Benzema gave the hosts the lead 15 minutes in. 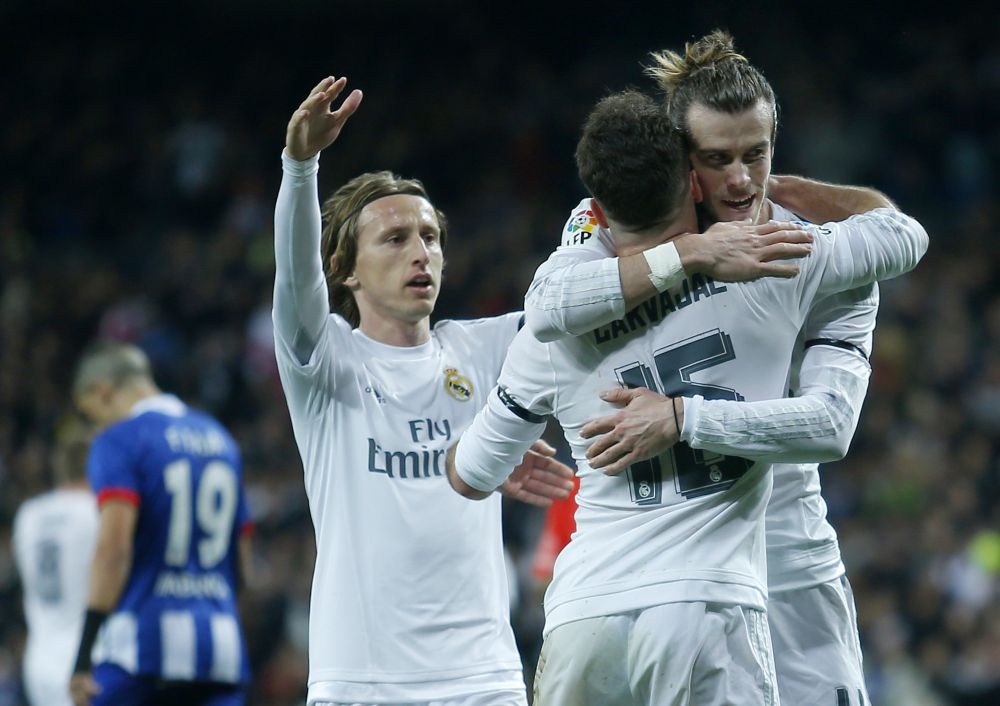 Bale then took centre stage with his second hat-trick in four games before Benzema smashed home the fifth in stoppage time. (Photo: AP)

"Whenever you win you have to be happy," said Zidane. "What I liked most was the attitude shown by the team. It is not easy to score five goals against a team like Deportivo la Coruna."

Despite awful weather conditions in the Spanish capital, Madrid were cheered on by a noticeably more enthused fan base than in Benitez's ill-fated seven-month spell as Zidane's name was chanted even before kick-off.

Lucas Perez briefly threatened to spoil the party for Zidane when he was denied a 13th league goal of the season by a fine save from Keylor Navas.

Benzema then registered the first goal of the Zidane reign by flicking the ball home from close range despite strong claims from Deportivo that the Frenchman was offside.

Bale stooped to head home the second shortly after, and ended any hopes of a Deportivo fight back when he expertly slotted home Cristiano Ronaldo's low cross four minutes after the break.

The Welshman met Toni Kroos's corner with another towering header to complete his hat-trick before Benzema crashed home a loose ball off the underside of the bar to round off the scoring. 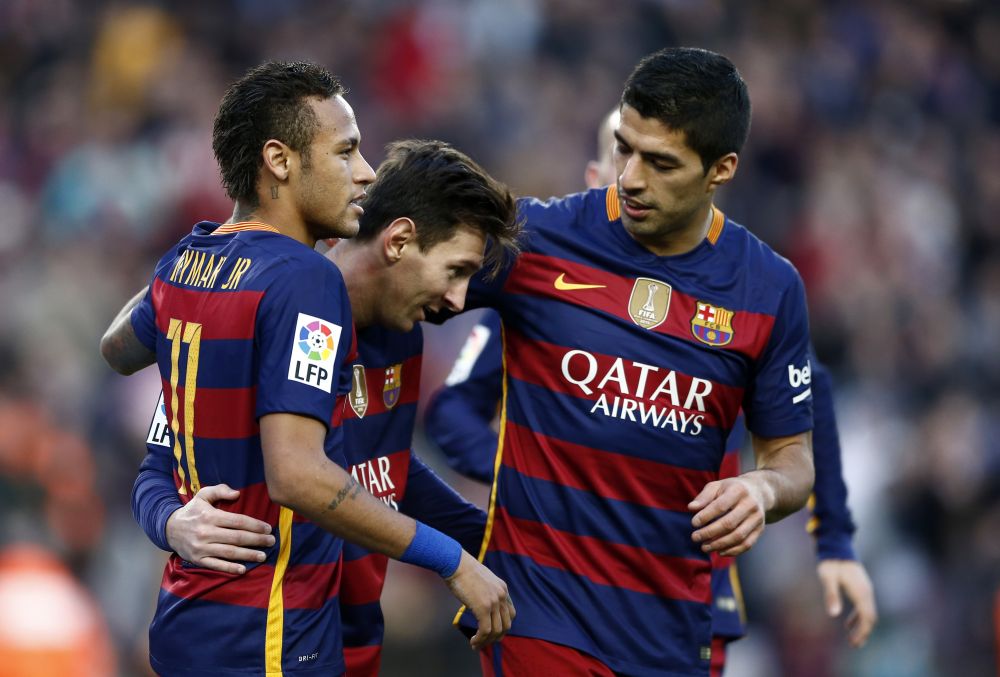 At the Camp Nou, Messi warmed up for his anticipated fifth World Player of the Year crown by scoring his first hat-trick of the season. (Photo: AP)

Messi is expected to beat off teammate Neymar and current holder Ronaldo to the Ballon d'Or on Monday after leading Barca to a second treble of La Liga, Champions League and Copa del Rey in six years last season.

And despite the fine form of Neymar and Luis Suarez in his two-month absence, Messi again demonstrated he is Barca's main man as Luis Enrique's men bounced back from drawing three of their last four La Liga games.

"He is a unique and unrepeatable player," said Enrique, who won't attend Monday's ceremony in Zurich despite being nominated himself for coach of the year.

"It is evident there is the collective objective that attracts him, motivates him and continues to motivate him year after year.

"Then there is the particular individual objective these type of players have to continue beating records and continue being the best."

Arda Turan made his first league start for the hosts after Barca's year-long ban from registering new players was lifted earlier in the week, and the Turkish international provided his first assist for the club with a lovely through ball for Messi to slot home after just eight minutes.

Barca's all-star front three combined to perfection six minutes later as Neymar's cross was helped first time by Suarez into the path of Messi to roll past the helpless Andres Fernandez.

Messi was on hand just before the hour mark to complete his hat-trick after Neymar's initial effort had come back off the post.

But Neymar finally got his goal seven minutes from time when Messi cleverly let Suarez's cross roll across the area knowing he was in an offside position and the Brazilian took his time before blasting the ball into the roof of the net for his 18th goal of the season.