‘The next step is to get Rosicky back,’ says Arsene Wenger

Arsenal manager Arsene Wenger says he is not concerned that a hectic period of fixtures could derail his team's bid for glory on multiple fronts this season. (Photo: AFP)

London: Arsenal manager Arsene Wenger says he is not concerned that a hectic period of fixtures could derail his team's bid for glory on multiple fronts this season.

The Frenchman rested a number of players, including Mesut Ozil, for Saturday's FA Cup third-round tie with Sunderland, which Arsenal won 3-1 courtesy of goals from Joel Campbell, Aaron Ramsey and Olivier Giroud.

Alexis Sanchez, Jack Wilshere, Danny Welbeck and Tomas Rosicky are all currently sidelined, but Wenger is confident that his squad has sufficient depth to cope.

"There is a little bit of concern," said Wenger, whose side are bidding to win the FA Cup for the third season in succession.

"But I believe that the next step is to get Rosicky back, Welbeck back, Sanchez back, Wilshere back and maybe we will get one player in (during the January transfer window). 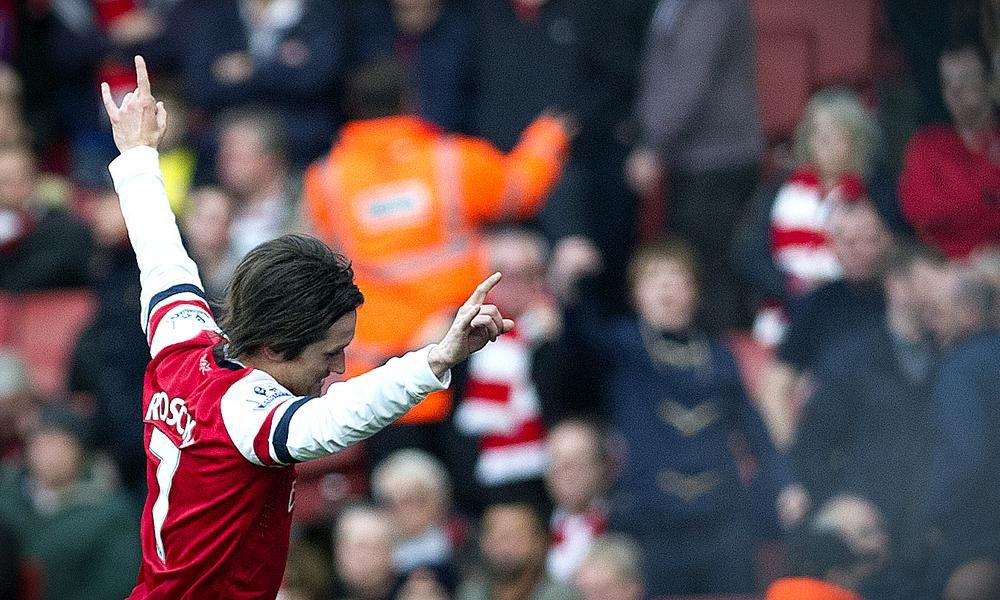 "Overall, we have no new injuries so I'm not worried. If we had the same number of injuries, we would be a bit short."

Arsenal, Premier League leaders, visit Liverpool on Wednesday, but Wenger resisted the temptation to rest all his first-choice picks, as Liverpool manager Jurgen Klopp did in his side's 2-2 draw at Exeter City on Friday.

But teenage midfielder Alex Iwobi was handed a rare start and the Nigerian made the most of the opportunity.

"I liked the timing of his passes," Wenger said.

"In the middle of the park that is a vital quality, and the fact he plays forward and sees things. As a young boy he is not afraid to take people on and that is not easy."

Sam Allardyce, the Sunderland manager, made seven changes compared with Wenger's five and once again voiced his anger that his side must play three away games in the space of a week.

They take on fellow strugglers Swansea City on Wednesday in a game that was moved from Tuesday at the request of the Welsh club, who have a Sunday lunchtime FA Cup date with Oxford United.

"I will be very interested in seeing Swansea's team tomorrow (Sunday) and see how many first-team players they actually play," said Allardyce, who saw Jeremain Lens open the scoring at the Emirates Stadium.

"We could have played on Tuesday, which gave us the right opportunity to recover to play in the Premier League on Saturday, which is a 12.45pm kick-off against Tottenham, having travelled 1,800 miles for three away games."

Allardyce also hit back at the Premier League's claims that this week's mid-week fixtures could not have been played at another point in the season.

"The least for the full recovery of a player is a minimum of four days at our level of football today. It promotes more and more injuries and more and more criticism, because people say they aren't performing as well as they should do.

"Well, they can't do because they are running on empty. You are not getting the entertainment level you want because the players are physically and mentally drained.”

Football fans you surely must have come across

Is this 9-year old the youngest ever football manager?