London: Captain Wayne Rooney's injury-time penalty rescued Manchester United from FA Cup embarrassment as they squeezed past third-tier Sheffield United 1-0 in the third round on Saturday.

Holders Arsenal and Manchester City both had little trouble reaching round four, but United looked destined for an unwanted replay until Rooney struck in the 93rd minute after a foul on substitute Memphis Depay.

It was only the second shot on target that United had mustered, against a team 47 places below them in the English league system, but manager Louis van Gaal was typically bullish about his side's display.

"An escape from jail? I don't think so," the Dutchman told BT Sport. "It's always difficult to play against such an opponent. They are defending with 10, 11 players behind the ball."

He added: "How many chances have Sheffield United created? Nobody is talking about that."

United's fans made their feelings plain, however, with mocking applause whenever their team registered an effort at goal and Van Gaal was being loudly goaded by Sheffield United's fans until the late drama.

His team seemed to have turned a corner last weekend when they beat Swansea City 2-1 to end an eight-game winless run, but they looked desperately short of ideas at Old Trafford.

It took them 69 minutes to hit the target, Matteo Darmian shooting tamely at George Long, and they did not threaten Long's goal again until Dean Hammond was penalised for lunging in on Depay in added time.

The United winger reacted with an exaggerated dive, but there had been contact and Rooney made no mistake by sending Long the wrong way from the spot.

Beaten manager Nigel Adkins was sanguine, saying: "Our resilience, our grit and our character are what Sheffield United are about and that was shown in abundance today."

Elsewhere, Aaron Ramsey and Olivier Giroud scored as Arsenal started their quest for a third successive FA Cup triumph by coming from behind to defeat Sunderland 3-1. 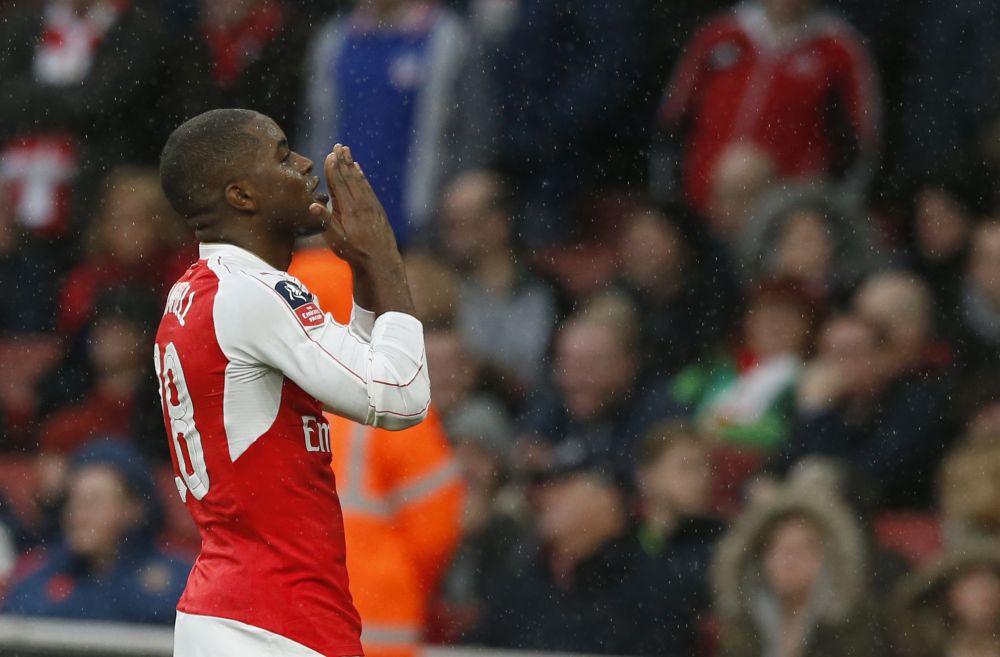 "It was a test for us to come from behind. There was a great mental response and there is a special solidarity in the team," said Wenger, who has never lost a third-round tie.

Southampton and Newcastle United both fell at the first hurdle, but could at least console themselves that they were beaten by fellow Premier League teams.

Wilfried Zaha's 68th-minute goal gave Crystal Palace a 2-1 win at Southampton, while Troy Deeney punished a loose back-pass from Georginio Wijnaldum to give Watford a 1-0 home victory over Newcastle.

West Bromwich Albion had James Morrison to thank for an equaliser in the fifth minute of stoppage time that prevented his side from losing at home to second-tier Bristol City.

After substitute Saido Berahino gave West Brom a 67th-minute lead, goals from Jonathan Kodjia and Kieran Agard put Bristol City in charge, only for Morrison to secure a 2-2 draw at the death.

Aston Villa's wretched season continued as they were taken to a replay by fourth-tier minnows Wycombe Wanderers following a 1-1 draw at Adams Park -- their 16th successive game without victory.

Eleven points adrift of safety at the foot of the Premier League table, Villa took a 22nd-minute lead through Micah Richards, only for Joe Jacobsen to equalise with a penalty early in the second half.

Villa captain Richards went over to speak to frustrated Villa fans at the final whistle and manager Remi Garde said: "It was brave of him to do that.

"As professionals, we have to face our responsibilities -- not only Micah, me and all the players."

Bolton Wanderers, bottom of the Championship and at risk of bankruptcy, narrowly escaped succumbing to the day's biggest shock as Darren Pratley's scrappy 87th-minute goal earned them a 1-1 draw at fifth-tier Eastleigh.

The lowest-ranked team left in the tournament, Eastleigh had gone ahead in the 51st minute via an own goal by Bolton's French defender Dorian Dervite.

"It's quite emotional. The players have put in an unbelievable performance and we probably deserved to win the game," Eastleigh manager Chris Todd told the BBC.

"But we're still in the draw for the fourth round, so we're happy overall."