Revanth and P.V.N.S. Rohit are well-known in Tollywood. Having sung in quite a lot of films and associating with some established composers in the industry, they are even popular on television; thanks to their miniscreen stints. However, that wasn’t enough for the duo who went for an audition for Indian Idol 7. Now, among the top eight finalists, the two share their experiences on the show and their desire to test new waters.

Revanth wants to be the best
He has been called the “rockstar” of the show and had been to the danger zone twice. Yet, when it came to the crucial episode that took him to the top eight, he was the first name to be called. “This show has given me a lot, and making it so far is great for me. I participated in so many shows till now but this was the first time my mother came to the sets and that is something which makes this show a lot more special,” shares Revanth, who hails from Visakhapatnam and has sung in over 200 Tollywood films.

As an established name here, why did Indian Idol beckon him? “I am happy with what I have achieved but there’s the urge for more. I want to sing for the biggest of superstars in Bollywood too. My asset is my voice and my ability to perform. I think I will be able to clinch this title,” he says.

While the competition has been a great journey for him, Revanth has one concern. “I have heard that the voting from South India is quite less and since it accounts to 50 per cent of the final result, I am quite keen that people vote for me. I am here for a reason and would love people supporting me in that,” he says.

An Eeriching time for Rohit
Rohit’s childhood dream of becoming a singer became a reality long ago but Indian Idol. he shares has been an eye-opener and an experience to cherish.

“The round that brought me to the top eight was the toughest thing I ever faced. I participated in shows earlier, but this was immense,” he recalls. 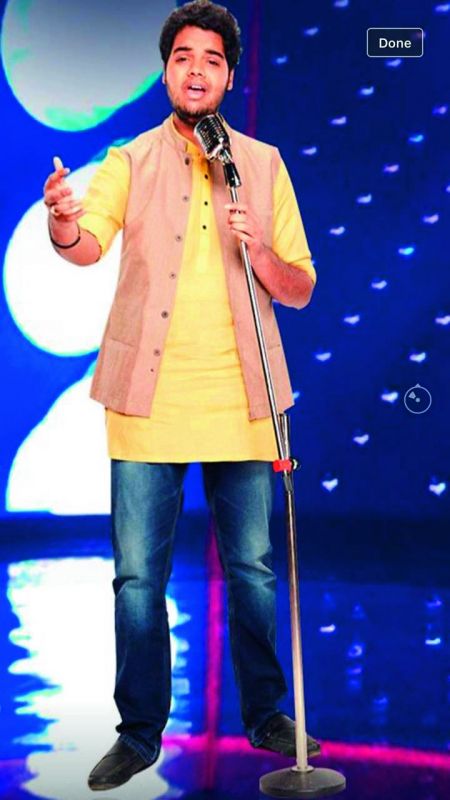 Reflects on how tough the competition has been, he says, “The regional competitions used to be tough, but this one is on an altogether different level. Coming from different places across the country, the contestants on the platform are versatile. It has all been about giving my best and making sure that I use my assets well,” he says, explaining that he decided not to think much about the competition because that would affect his performance.

And what are those assets? “My strength is melody and I sing classical too. I am not handicapped in western music too. That’s an advantage because not everyone is comfortable when they are out of their comfort zone,” explains that the journey so far was smooth.