When Rana Daggubati hosted SIIMA, he got several actors, including Bollywood star Ranbir Kapoor to dance on stage

With showbiz becoming increasingly competitive, Gen X stars have understood the need to be omnipresent and stay in the audience mind space. Apart from acting, the likes of NTR, Rana Daggubati, Nani, Vijay Deverakonda and Allu Sirish are all into hosting award ceremonies, music launches, reality shows, TV talk shows and are also dabbling in web series amongst other things. By flocking to multiple avenues, they clearly want to leave a lasting impression.

After Nagarjuna and Chiranjeevi hosted Meelo Evaru Koteeswarudu, NTR is currently setting the small screen ablaze with his maiden TV stint of hosting reality show Bigg Boss. The actor has earned much praise for his hosting skills. 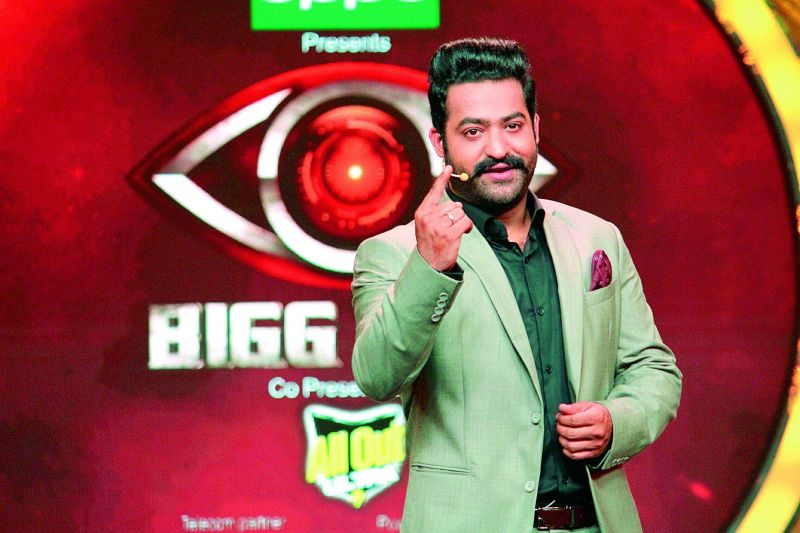 Ask NTR what drove him to take up the assignment and he reveals, “I had no clue on how to host a TV show, but I always relish challenges. When I was asked to host the show, I saw an opportunity to push myself as an actor and take up the challenge as a host.” He explains, “Everything associated with the show is challenging because it is the first time for me. Apart from the monetary aspect, it is an opportunity for me to grow as an actor and a person. The innate curiosity in all of us to get a sneak peek into others’ lives is one of the reasons I accepted the show.”

Close on the heels of Jr NTR, Rana Daggubati also took a plunge into television with his celebrity talk show, No 1 Yaari. “I’m glad to kick off my TV debut with a celeb chat show. I have always been fascinated with television, which has a wider reach, and I believe it is a great opportunity to better connect with the masses,” says Rana, adding, “The show basically celebrates the spirit of brotherhood and friendship. Friends have always been instrumental in my journey. Although they are stars, in trying to unravel their private side, there’s a great opportunity to discover myself too.”

Joining the list of actors who are foraying into other avenues is Ninnu Kori star Nani, who along with Rana, recently hosted an IIFA show. Be it his wit, humour, charm or one-liners, Nani was praised for his hosting skills.

Nani confesses, “I never hosted any awards show earlier, but Rana took the initiative and insisted that we host the show. We wanted to break the stereotypical and conventional format of hosting an awards function and instead celebrate the event like a college function to bring out the camaraderie amongst our fraternity We were at our natural best. I did not rehearse, but banked on my spontaneity, which in turn would help improve my acting ability.”

Similarly, T-Town’s blue-eyed boy Vijay Devarakonda recently hosted a filmi do in Hyderabad, along with Sirish. Be it poking fun at their competitors, pulling the leg of their co-stars or making fun of themselves, Vijay and Sirish were full of masti. Both charmed the audience with their wit, humour and antics while hosting the glitzy event. Vijay particularly had the audience go gaga about him.
“Hosting an awards show is always a unique experience. It’s a different format and always gives me a chance to explore, improvise and be myself,” says the rising sensation.

Kalyanram and Vi Anand team up

Chiranjeevi's son-in-law comes out of lockdown