More than 100 awards for his short film!

Filmmaker Sravan Gajabhinkar, whose short film has won 113 awards, with more than half won at international festivals

Sravan Gajabhinkar is passionate about films and always wanted to do something big in his life. However, he discontinued his education after “failing multiple times” and subsequently joined the Madhu Film Institute to earn a diploma there.

“My life turned around after I joined the Potti Sreeramalu University to learn about screen writing under Paruchuri Gopalakrishna garu,” he recalls, adding that he joined his mentor as an assistant and worked on a few films with him.

“I then joined as an assistant director to Puri Jagan from 2010 till 2013,” he shares, acknowledging that he learnt the basics of filmmaking under the ace director.

Sravan recalls that his father was very angry at him for choosing to do films. “He wanted me to study and after I failed intermediate, he asked me to get out. I spent nearly three years out of the house, but once I joined Puri Jagan, my father relented and called me back,” he shares.

Shortly after that, Sravan forayed into making his own short films.

“My short film Mehboob 143 got good appreciation following which I made another short film titled Manikandam in 2017. It was while he was watching interviews of Army personnel on television that the idea of doing a film against an Army backdrop occurred to him. “I approached a few officers in Sainikupuri, who asked me to make a full length feature film about two incidents that happened in 2013,” says Sravan, adding, “But I chose to do 1947 Two Soldiers instead, which describes the devotion and bonding between two soldiers.” 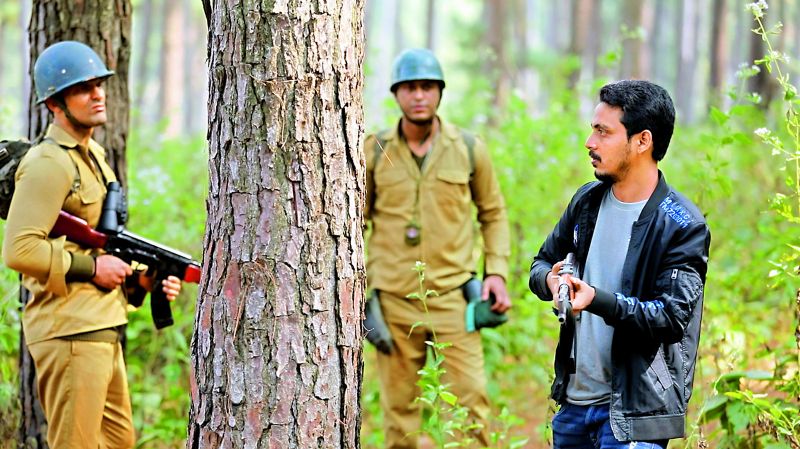 A still from the film, 1947 Two Soldiers

After making the short film last December, Sravan sent it in to many international film festivals. “The short film has won 113 awards, with more than half won at international festivals across US, UK, Australia, Japan and Spain,” he says, admitting that he didn’t really expect such a windfall of awards. “This appreciation has given me the confidence to make a feature film,” he adds.

Sravan spared no efforts to put his film out in the public domain, revealing that he spent nearly Rs 8 lakh to make and send it to the various film festivals. “I even mortgaged my car to raise funds,” he reveals.

Interestingly, the entire film was shot at Lambasingi near Araku, Visakhapatnam. “The forest and the backdrop of the place simulated Kashmir and we shot the film in two days,” he says. Meanwhile, many in the industry have appreciated Sravan and his film. “Producer Dil Raju and actor Sharwanand saw my short film and liked it,” says Sravan, who is now readying a few more scripts. “I met a few producers and some of them are showing interest in one of my scripts. My dream of directing a feature film may soon come true,” he says with a smile.