The short film, The world in my dreams, was screened as the official selection at the ongoing Cannes Film Festival in the  Entr’2 Marches category (for films on the theme of disability). The film’s director, Anusha Srinivasan Iyer (also a journalist), who moved to Mumbai from Tamil Nadu, and wrote scripts for TV shows and films, says direction has been her long-time dream.

“I want to break the mould of running behind actors and narrating the script to them and then waiting for ages. I believe that we are stuck with the red-carpet system, and not prioritising content.

“This short film was inspired by a real-life incident that I experienced a couple of years back in Kolkata. I had cast my son Vedanth (16) as the lead so that it becomes easy for me, and that he is in his teens,” says Anusha. The 5.21-minute video, which was shot in three days in Mumbai, is about the journey of a speech-impaired boy and how he spends a reward of Rs 500. The film was selected from among 39 films in the same category.

“I was thrilled when I first heard about my Cannes official selection. The experience at Cannes was fantastic and what I loved about the place is that it is not about competition, but all about showcasing touching concepts. The jury spoke to me beautifully and said that my film deserves the award. There was a translator who interpreted in French, and the audience, too, comprised of people with different disabilities. It was a touching gesture, the adulation and warmth was inexplicable,” says the filmmaker. 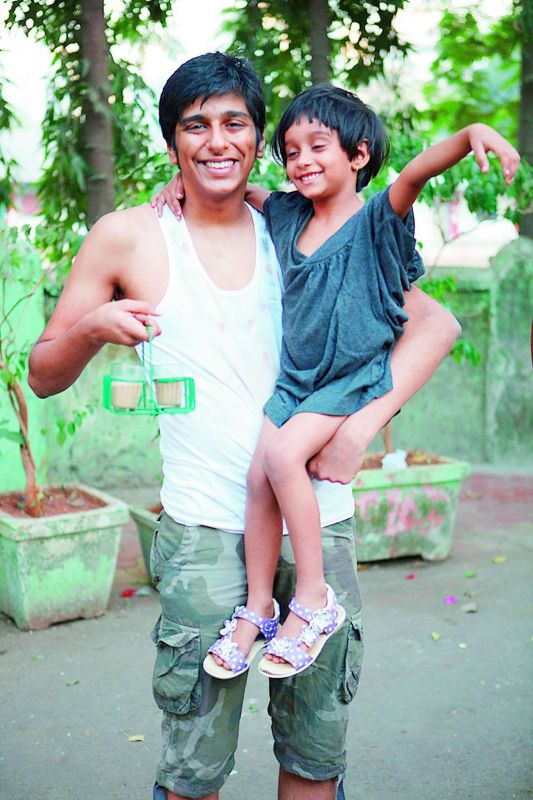 Interestingly, the film has Hyderabad connection too. Nageshwara Rao, a businessman who played one of the main characters in the film, hails from the city. He was in fact, the one who lent the camera to Anusha to shoot the film. “I was impressed with the storyline and lent my camera. But I was pleasantly surprised when Anusha asked me to play the role of a restaurateur in her film. I had never acted in films so she just asked me to be myself. Today, I am thrilled that I was part of a film, which became the official selection at Cannes,” he exults.