Tamil actor Suriya was in Hyderabad on Monday, and we hear he was at senior actor and his co-star in a Tamil film Mohan Babu’s residence. The duo was, reportedly, joined by Manchu Vishnu, who introduced Suriya to popular writers Gopi Mohan and B.V.S. Ravi there. The duo even gave Suriya a narration of a story.

The source says the meeting went off well and Suriya has agreed to meet the writers once more. 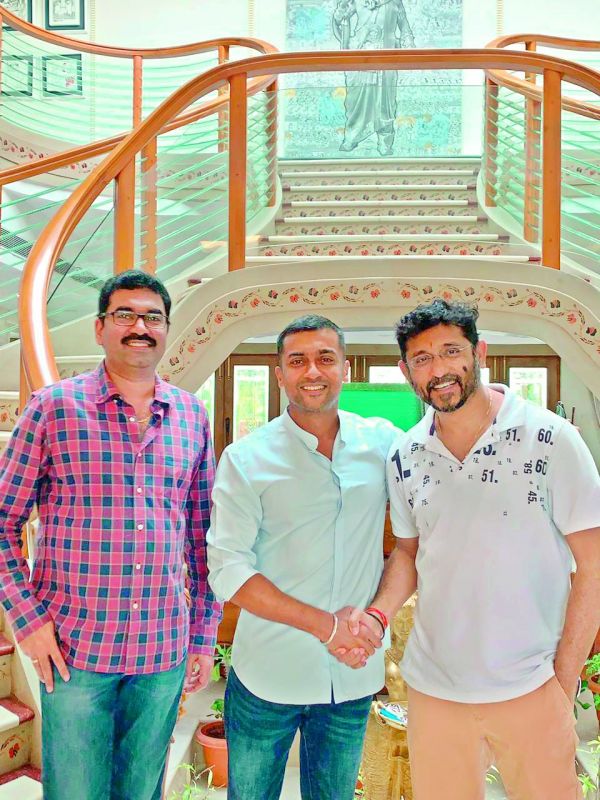 Suriya, with a huge fan following in Telugu, has been wanting to work in a Telugu film for a long time. “Now that B.V.S. Ravi and Gopi have narrated the story to the actor, B.V.S. Ravi may direct Suriya if everything goes well,” added the source. The Manchu family has also been strongly backing these two writers.