On a sticky wicket

After the Chicago racket, the US Home Department has started keeping an eagle eye on the Telugu film fraternity, particularly when they travel to the USA. Whereas earlier, visas were issued to anyone who wanted to visit the country for cultural events organised by the Telugu associations there, it is no longer that easy, especially for the film folks. Actress Mehreen recently found herself in an uncomfortable situation when she was questioned extensively by the US Immigration and Home Department while travelling from Canada to the USA.

According to a source, the US has tightened visas for film shoots and officials are keenly watching every move after the Chicago racket where the USA department of home guard security investigated a few actresses from the Telugu movie industry for being involved in prostitution got exposed. Interestingly, US officials are not objecting to big star films and reputed production houses. Rather, it is new players that have come under the scanner, adds the source. 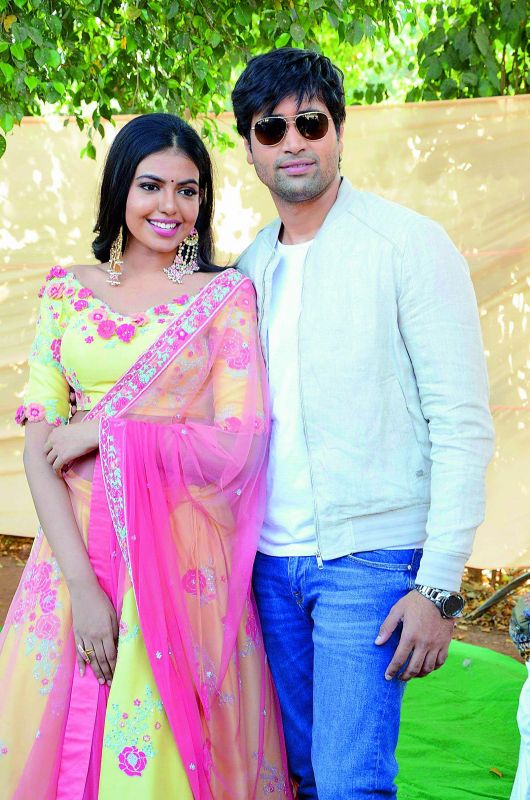 The team of the upcoming Ravi Teja-starrer Amar Akbar Anthony is scheduled for a visa interview later this week. “Yes, we are attending an interview this week as we have to shoot there for nearly 25 days,” confirms Naveen, one of the producers. Meanwhile, the shooting of the Telugu remake of 2 States, starring Jeevitha’s elder daughter Shivani and Adivi Sesh, is going on and the unit is supposed to leave for the USA for a schedule. Talking about the progress of her daughter’s film, Jeevitha says that after shooting in India, her daughter is supposed to leave for the USA next month.

“However, after the recent happenings, the US officials have tightened their borders and it’s difficult to get a work visa, especially for film shootings,” says Jeevitha.

Since the team is also doubtful about their visa, they have already come up with an alternative plan. “We have already planned an alternative country and are preparing for it,” says director Venkat Reddy, adding that at present, the shooting is going on in India and after a few days in Kolkata, they will try to embark on their US schedule.

Meanwhile, many filmmakers have made London their new top destination. The Akhil-starrer directed by Venky Atluri is presently being shot in the UK, while Pooja Hegde and Rakul Preet Singh were recently in the country for their Hindi film shootings. The Sundeep Kishan and Tamannah starrer, directed by Kunal Kohli also held its shoot in London.

Big stars remain unfazed by these new developments. Mahesh Babu, for instance, is supposed to leave for the USA in September for his film with Vamshi Paidipalli, which will not be a problem for him as he is one of the top stars of Telugu cinema.

Sadly, the Chicago racket has made travelling to the USA for film shootings more complicated. “Even though they grant visas, the officials keep asking many questions, keep an eye on them and observe them a lot, which puts the film people in an embarrassing situation. So instead, they are looking for new destinations like the UK and Switzerland or some other European country,” says a manager who is looking after the work of some of the top actresses of Telugu cinema.

I believe in marriage: Anand Deverakonda

A stage for love