She will always be special
Director K. Raghavendra Rao shares a special equation with Sridevi. He directed her in 24 films, almost all of which became blockbusters. In fact, he is the one who captured her beauty on celluloid and turned her into a big star.
“I have known her from childhood. I recall the film Naa Thammudu directed by my father, in which I worked as assistant director. Sridevi was a child artiste and had to run and cross the road. When she started running, a speeding car hit her. Sridevi fell immediately and became unconscious. I was so scared. But by God’s grace nothing happened except a small leg injury,” recalls K. Raghavendra Rao.
He adds another incident, “In Vetagadu, I wanted her to be the female lead opposite NTR. But the producers weren’t sure as she was very young. I convinced NTR and managed to cast her opposite him. That film brought her stardom. I always knew she would rule the country.”
K. Raghavendra Rao DirectorK. Raghavendra Rao and Sridevi at an event 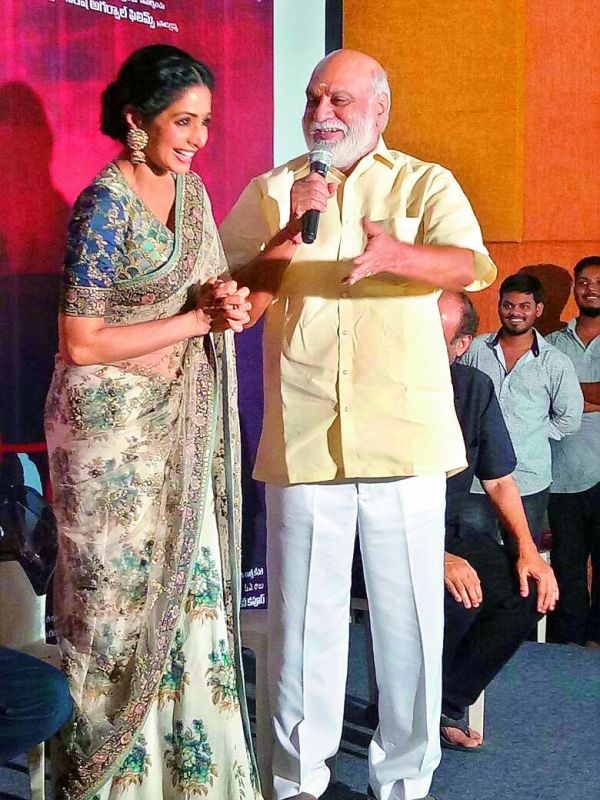 Sridevi was a shy girl
Sridevi, Jayasudha and Jayaprada ruled the Telugu film industry in the ’70s and ’80s. Jayasudha and Sridevi acted in seven films together and Jayasudha never felt competitive. “Sridevi was a director’s actress. She didn’t talk much and was a shy girl. We were always friendly,” says Jayasudha. She added that Sridevi was supposed to attend the ‘class of ’80s’ meeting of yesteryear stars, but couldn’t do so. “She said she would attend it last year but at that time her daughter’s shooting was going on and she wanted to be with her. She was worried about her daughter’s debut film,” recalls Jayasudha.
Jayasudha, Actress

Spoke to Sridevi just two days ago
Adi Seshagiri Rao, producer of many films including the Hindi film Himmatwala that stars Sridevi and Jeetendra, spoke to the actress recently.
“I came to know that Sridevi’s daughter is being introduced through Dharma Productions. I called Boney Kapoor to congratulate him. Then I spoke to Sridevi. She told me that she would come to Hyderabad after March 10 and would meet me. Now, I am shocked,” says Rao, who remembers her to be a thorough professional. “Though she had her differences with Jayaprada, she never showed it on the sets,” he says.
Adi seshagiri rao, Producer

‘I did highest no. of Telugu films with Sridevi’
Actor Krishna fondly recalls his association with Sridevi and is saddened at her passing. “Sridevi’s family were our neighbours in Chennai. As a child, she spent most of her time in our house. She played my daughter in Maa Nanna Nirdoshi and acted as female lead opposite me in Burripalem Bullodu. In the 85 Telugu films she has done, she acted as the female lead in 31 films opposite me,” says Krishna.
krishna ghattamaneni, ActorA still from Krishnavataram 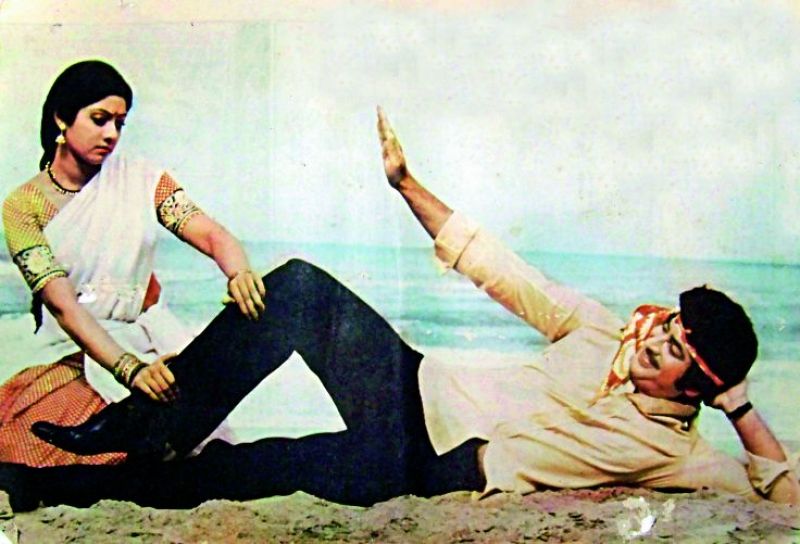 Thankful for the hug
Sridevi's astounding talent was not luck feels Kamal Haasan, who says, “It was well-deserved and she worked for it from childhood. When she first came to the industry, she wasn’t as talented as we know her to be today. But she developed and every day she learnt. I was astounded by her climb. She was very fond of me and I too was very fond of her. She has acted in almost 27 films with me but our paths diverged when she became a superstar in Hindi.”
He adds, “I had seen her last month. We are not prone to showing emotions but somehow we had hugged each other and I am thankful for that hug. The song from Vasantha Kokila rings in my ears now and I think that’s a great lullaby for this talented, beautiful Sridevi. She had a happy life. My deepest condolences to the family — Boney and the children. I know they shared a lot of love. Hold on, hang in there, Boney. I am sorry.”Kamal Haasan, Actor 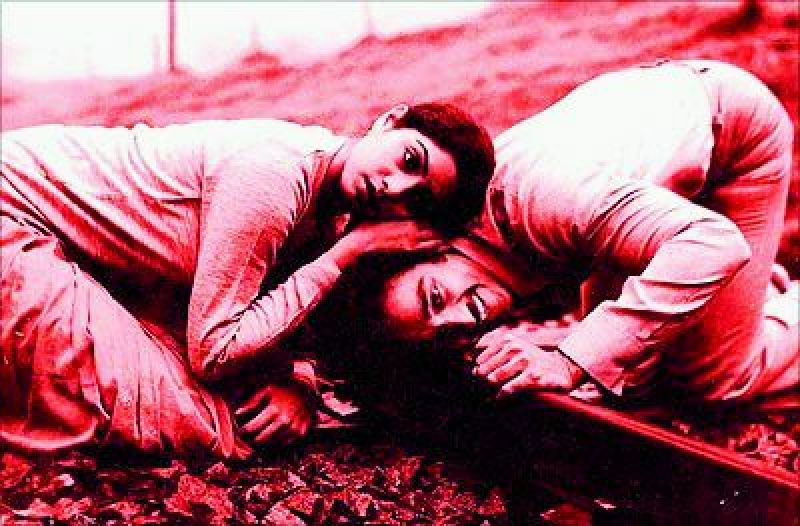 A still from Vasantha Kokila

I hate God for killing Sridevi...
Ram Gopal Varma penned a long note to express his anguish over Sridevi’s passing. “Sridevi was like a creation of God that he does whenever he is in a very special mood, as a very special gift to mankind,” he begins. He recalls his first meeting with Sridevi at her home in Chennai to discuss a film, when there was a power cut and they had to rely on candlelight. Her beautiful image from that day was imprinted in his mind and he was inspired to write Kshana Kshanam with the sole aim of impressing Sridevi.
ram gopal varma, Director

India has lost one of its brightest stars
Mohan Babu and Sridevi shared the association with Tirupati, the hometown of her mother. He says, “I also happened to work with her in several films. I believe India has lost not just one of its brightest stars but also a very good human being. I remember how it took just one phone call for her to join us in celebrating 42 years of my film career in Visakhapatnam. May her soul rest in peace.”
M. mohan babu, Actor

She will live on in cinema
Chiranjeevi recalls his memories with the athiloka sundari.
“Having to say goodbye to her so soon is something I am not able to digest! Living cinema all her life, with nothing else in her world, she was one of the most dedicated actresses I worked with, learnt a lot from, and was inspired by. She was a visual wonder in Jagadekaveerudu Athilokasundari. I felt she was born to play that part.” Sridevi and Chiranjeevi shared a rapport on a personal level. “We ensured that we met each other whenever possible. The last time we had one such meeting was when she came to my 60th birthday party along with her husband Boney Kapoor garu. Her loss will be mourned by the entire country because she touched our hearts all through her illustrious career. Despite leaving her mortal body, she will live on for as long as cinema lives.”
Chiranjeevi, ActorA still from Jagadekaveerudu Athilokasundari 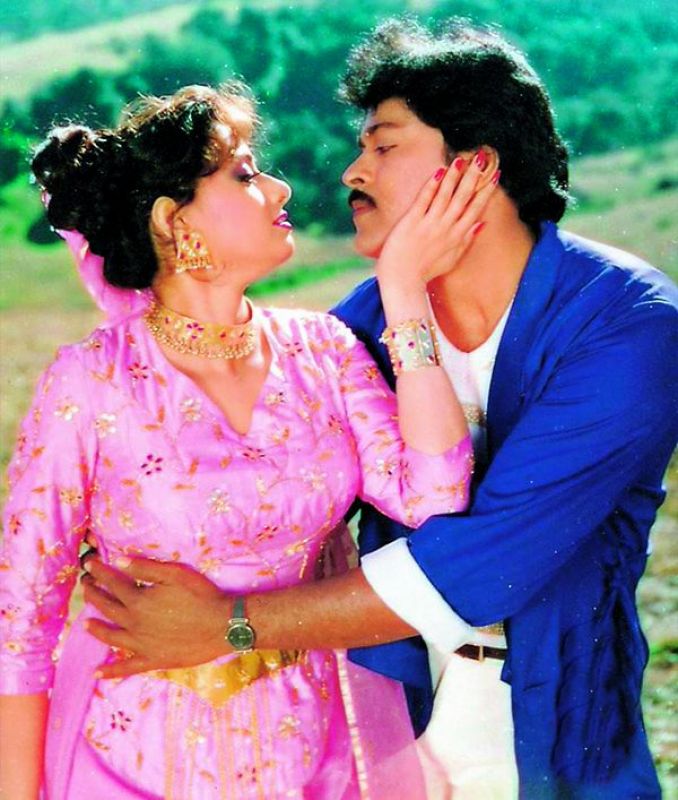