Last year, when it was revealed that Rashmika Mandanna, the leading lady in Vijay Deverakonda-starrer Dear Comrade, will be seen playing an integral role of a cricketer in the film, it came as a surprise. But what was more heartening was her approach and efforts to prepare for the part. Indeed, audiences were left spellbound by her spirited performance.

While audiences believed hers was a once-in-a-blue-moon opportunity, actresses such as Tamannaah, Lavanya Tripathi and Aishwarya Rajesh soon followed suit, proving the emergence of a trend. These actresses are breaking the stereotype in an industry that has, for far too long, been criticised for its unending male chauvinistic approach that reduces women to merely arm candies.

Realistic content, way forward
Talking about her role as a kabbadi coach in her upcoming film, her first sports drama, actress Tamannaah Bhatia states that versatility is the key to survival. “The role demands me to be physically and mentally active, apart from pushing me to learn the ropes of kabaddi. I will have to undergo a complete transformation, right from my accent and body language to the technical knowledge of the sport. Apart from it bringing a great sense of gratification,the role made me embrace the inspiring character,” she adds.

With digital and OTT platforms coming up, audiences are also looking forward to realistic content. And thanks to the emerging realistic content, actresses are happy to stay away from ‘eye candy’ roles.

Take for instance actress Lavanya Tripathi, who will be seen as a hockey player in her forthcoming film A1. “I have turned down around 20 scripts because it had nothing. There were days when I wondered why I have signed the film because I had nothing on the sets. I felt bad. I know it’s difficult to find a strong script, but I have no qualms in playing the waiting game. After listening to the story of A1, I was relieved that I finally have something to perform. It’s a challenging character; I have to learn hockey and its rules etc.,” she reveals adding that she’s done with playing ‘running around the trees’ roles. 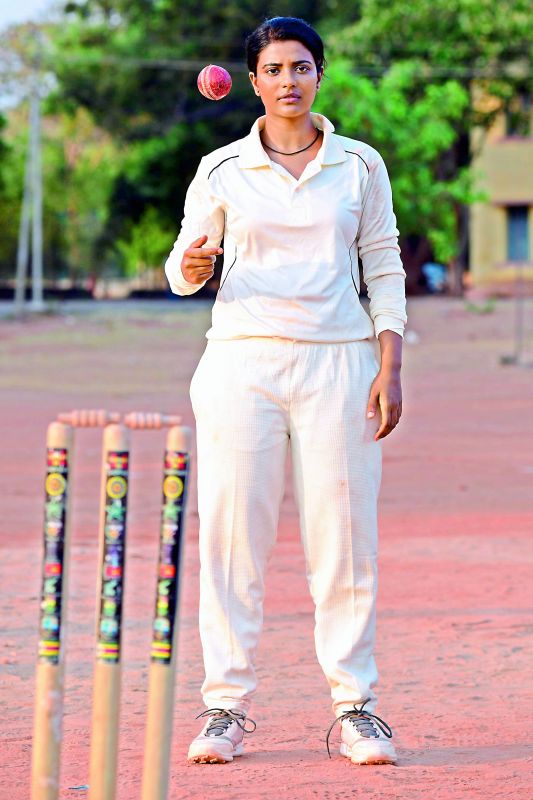 Content is king
As much as filmmakers relish writing strong roles for women, it’s significant to note that trade and audiences appreciate these moves.

While it’s the men who are generally known to drive the business, one does wonder how a strong female character is perceived.

Filmmaker N.V. Nirmal Kumar who cast actress Aishwarya Rajessh as a wrestler in his next film Mismatch states that trade always welcomes films that have high recall value. “Aishwarya’s portrayal of a cricketer in her earlier film Kana, had helped the film’s business. So when distributors knew that Aishwarya was playing a wrestler in this one, they approached me for the theatrical rights; they believed that the content is strong and has good recall value,” he explains. Producer Ravi Shankar, who cast Rashmika as a cricketer in Dear Comrade, believes that strong female characters will only make the content more gripping. “Audience are only interested in good content, not the cast. The stronger the roles are, the gripping the story becomes,” he shares.