(clockwise) Stills from Pelli Gola, Sumanth Ashwin in Endukila and Viswant with his co-actors in Nenu Mee Kalyan

Television is soon going to be passé, with most people glued to their mobiles or computers these days. The trend of the web series has caught up big time in the Telugu entertainment zone, with the prolonged atha-kodallu serials on television giving way to youth-based romantic love stories and crime thrillers on the Internet. Makers are spending huge money on these web series, often signing up film stars to act in them. More importantly, they are enjoying a freedom of expression as there are no hard rules or censorship for the web series.

“It’s like a parallel film industry and the future lies here. I don’t think that people watch television anymore as they can see everything on their mobile. We are not compromising on quality as these series are on par with films,” says Madhura Sreedhar, who signed up with YuppTV for content. Though many are coming up with romantic and comedy genres online, Sreedhar has chosen a crime thriller.

Yet another director, Deva Katta has already released a web series titled Endukila with Tollywood actor Sumanth Ashwin, who is playing the lead actor in this web series. According to a source, the actor is being paid as much as he charges for his films. Yamini Bhaskar, who recently acted in Katamarayudu is the leading lady.

“We give the budget estimations to them before we shoot the series and only after they agree, we start shooting,” says Madhura Sreedhar, detailing the process. Interestingly, these film directors do not always direct the web series, but they supervise everything. “We participate in the story discussion and once the script is complete, I make changes if necessary,” he adds. 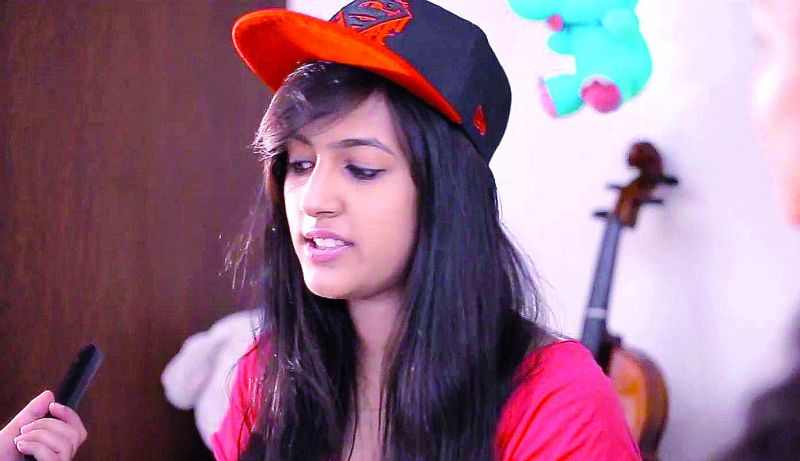 Costlier than TV serials
Our source reveals that each episode of some of these web series costs around Rs 5 lakh, which is five times higher than a television episode, which can easily be made for Rs 90,000.

On par with films
Initially, NRIs who lived abroad were the target audience and they had to subscribe to a channel on the Internet. But in India, it is completely free and anyone can watch it online. “People from abroad and in India are looking for interesting content, which is exactly what we plan to produce with YuppTV Originals. Prolonged engagement can only be achieved when we give high quality content to the audience. We are working with talent from the film industry to ensure that all the content will be on par with regular films,” says Uday Reddy of YuppTV.

Movie stars venture into it
Nagababu’s daughter, Niharika Konidela was one of the first popular actresses who ventured in a web series, notwithstanding her debut on the big screen and a Tamil film too. Interestingly, actors allot time to the web series just like they do for their films. Viswant of Manamantha and Kerintha fame signed a web series titled Nenu Mee Kalyan. “Audiences who watch a web series on the Internet are different. They may be doing so many things simultaneously, so we have to make the content very interesting,” says Viswant, adding that a film is always bigger than a web series.

“We made a film story into a web series and shot it almost like a movie. The makers didn’t compromise on any quality as they roped in high technical equipment on a large scale. People who would spot me outside would come down and give me a good feedback for my role in the web series. This is definitely a platform for budding talent, says Viswant. However, when asked if he would continue acting in the web series, he says, ‘no’. “This is my first try and suddenly, this web series boom has happened. But I have decided to concentrate on movies,” says Viswant.

Interestingly, most of the people behind the web series have at least one or two films under their belt. Mallik Ram, who made his debut with Naruda Donaruda, also did a web series titled Pelli Gola.

“There is a possibility that slowly people will switch to the Internet. Moreover, the production values are now equal to films. The viewership is huge as it goes international, so everyone wants to give quality content,” says Mallik Ram, adding that people are approaching only experienced technicians and artistes to do these web series. “Many prefer to rope in people who worked in films earlier, because investors feel that they work professionally and also do quality work. We are also doing the same through Viu,” he says.With makers coming up with different concepts to attract online audiences, all eyes are now on this huge source of revenue.