Tollywood’s tale of the ‘iron leg’

Overcoming the tag: Taapsee Pannu and Rakul Preet Singh have both been tagged as an ‘iron leg’ in the past.

Taapsee Pannu is not one to mince words, so when she opened up about her struggle as a debutant actress, her story posted on Humans of Bombay went viral. But what struck a chord with the women in Tollywood was the part where people labelled her as an ‘iron leg’. A term that most actresses here are well-versed with and sadly, something that they all fear. “Three of the films I worked in didn’t work and I got the label of ‘iron leg’. I was ‘rumoured’ to bring bad luck to films,” read Taapsee’s post, while adding, “These films had huge male co-stars and directors, but the failure of was blamed upon my bad luck.”

The term ‘iron leg’ is loosely used for someone who brings bad luck to a film and more often than not, it is the actresses who get blamed when a film flops. While most producers and directors deny this fact, actresses feel otherwise. “Yes, this exists in the film industry! People will not accept this upfront but they believe in branding actresses as ‘iron leg’ if a few of their films flop and a ‘golden leg’ if their films are a hit,” says actress Lavanya Tripathi.

While there are a handful of films that are female-centric, several of them revolve around the male lead, which leaves very little scope of acting for a woman. “There are hardly any roles for women where they can perform well, the roles are not very strong or on par with the lead actor, so when the film flops, how can it be because of the girl? Giving such tags is not just mean, it is unfair as well,” adds Lavanya.

Rakul Preet Singh echoes her thoughts. “I was once branded an ‘iron leg’ when Bruce Lee and Kick didn’t do well. But when Nanaku Prematho became a hit, I magically changed into ‘the golden leg’,” says Rakul adding, “Giving us these names simply means that all our hard work and passion is ignored. People believe that if you’re doing well, it only has to do with your luck and nothing else.” 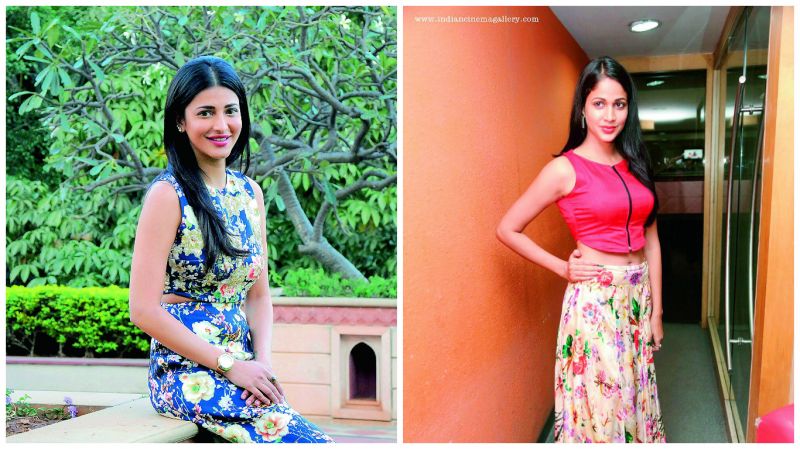 Shruti Haasan was branded as ‘iron leg’ when a series of her films including 3, Seventh Sense and Luck flopped, until she delivered a hit with Gabbar Singh. Now, filmmakers want to cast her in their films. Also actress Lavanya.

Up until her film Gabbar Singh with Pawan Kalyan was a hit at the box office, Shruti Haasan too was known as the proverbial ‘iron leg’. People were wary of casting her in films and if they did, they believed that it could flop. While there is no justification about the logic behind this tag, director Teja explains why this happens. “The industry is dominated by men, unlike other industries where the focus is also on the content. So when a film flops, the actress is the easiest to blame and made into a scapegoat. The actor is always the last person to get blamed. It’s sad, but true,” says the director.

Rakul raises an important point. She says, “The success of a film doesn’t depend only on the actress. The script needs to be good too. Several times, an actress is the last person who gets to know about changes in the script and even an assistant director knows more than the actress, so she is really not to be blamed.”