The family posted a few photos on social media.

Chiranjeevi’s family is very busy these days with the upcoming wedding of his younger daughter Srija. The pellikoothuru function was held at Allu Aravind’s house on Wednesday and the family posted a few photos on social media. 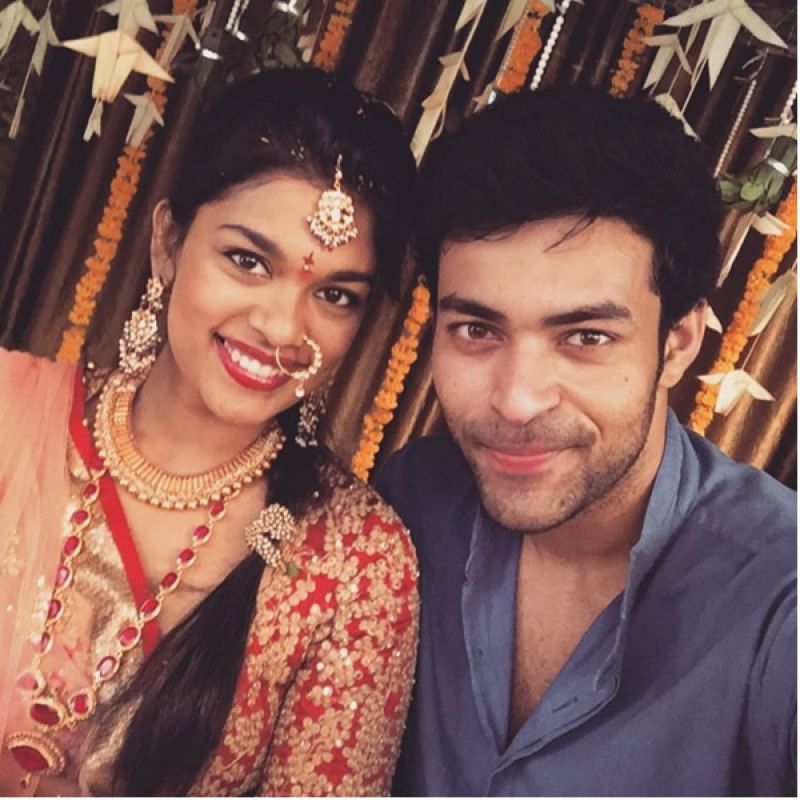 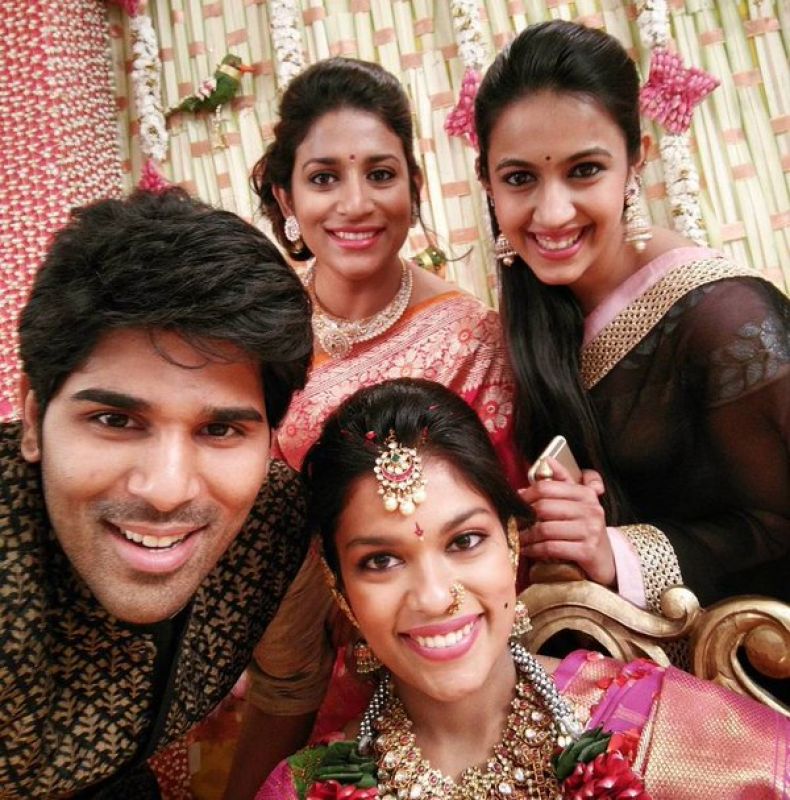 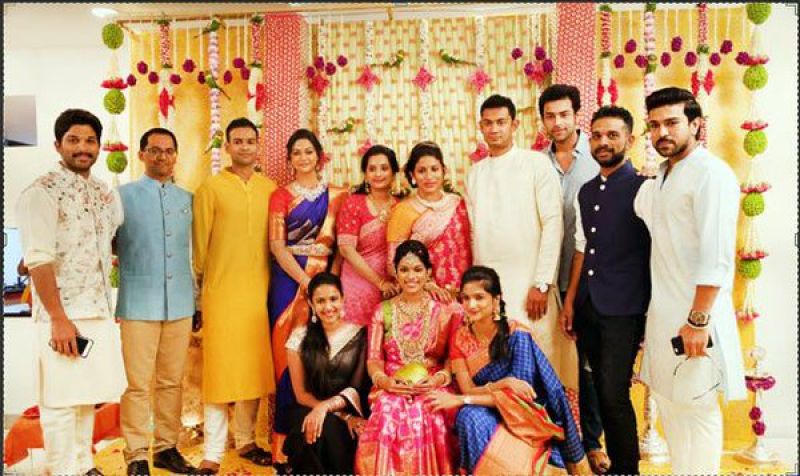 The celebrations will be long as the family leaves for Bengaluru on Friday for the marriage on March 28. Here’s what we know so far...

Pawan Kalyan may not attend

Pawan Kalyan, who has left for Switzerland to shoot two songs for Sardar Gabbar Singh, may not b able to attend Srija’s wedding in Bengaluru.But the actor will try his best to take a day’s break. “Chiranjeevi understands the need to complete the film as they need to submit the film’s copy to the Censor Board as soon as possible. The film is releasing on April 8, so they have to submit the copy a few days before it. The possibility of taking a break will be explored only after he starts shooting, and he will try his best,” says a source from the family. Before he left for Switzerland, Pawan Kalyan spoke to Chiranjeevi, who asked him to go ahead with the shoot.

The family is also going to celebrate Ram Charan’s 30th birthday on March 27 in Bengaluru. Chiranjeevi’s family is leaving for Bengaluru on Friday while others, like Allu Aravind’s family, will join on March 26 for a dinner party.

They will celebrate the actual birthday along with Srija’s mehendi and sangeet on Sunday. Haldi is on March 27. The wedding is on March 28 and the family will return to Hyderabad for the reception on March 31.

Different members of Chiranjeevi’s extended family are hosting the wedding celebrations each day. On Wednesday, Allu Aravind’s family organised a function while on Thursday it was at Sai Dharam Tej’s house.

Friday’s  function will be either at Pawan Kalyan or at Nagababu’s house. Srija’s sisters and friends have also planned a surprise party for her.

Recently, Chiranjeevi underwent a shoulder surgery and  he might have to go in for another one soon. While he underwent a surgery on his right shoulder earlier, it now seems his left shoulder too has been causing him quite a lot of discomfort.

However, he won’t be getting one right away as he is currently busy with the prepartion of his younger daughter Srija’s wedding. “His left shoulder muscle needs a surgery. He will go for it only  after all the wedding shenanigans are over,” says a source within the family. The actor is all set to start his 151st film, a remake of Tamil film Kaththi, directed by V.V. Vinayak soon.

Sudheer Babu in a triple role