I am going with the flow: Rashmika Mandanna

Actress Rashmika Mandanna always wanted to be a part of showbiz, but the 21-year-old is surprised with how quickly things worked out for her. After winning a beauty pageant, and then starring in the acclaimed Kannada blockbuster Kirik Party, she is now a name to reckon with.

While she has two big Kannada films in her kitty, she is also working in Naga Shaurya’s next in Telugu. Though the actress was in talks to star opposite Tollywood’s big stars, things did not work in her favour. But the speculative reports have always kept her in the news.

“It’s overwhelming. The dream was always to be busy and now I shoot day and night,” she says adding, “Since I have never acted before, whatever character I take up is different and new for me. I am going with the flow. There’s no pressure. But I’m excited about watching myself on screen; it gives me a high. I entered the industry with apprehensions but things worked out fine.”

Rashmika shares that she’s very fortunate to be debuting with Naga Shaurya’s film. “The team went out of their way to make me feel comfortable. Now that I am not shooting for the film, I actually miss Hyderabad because of the love and affection they showed,” she says, adding that adapting to Telugu was a bit confusing initially due to the similarities with her mother tongue, Kodava takk. 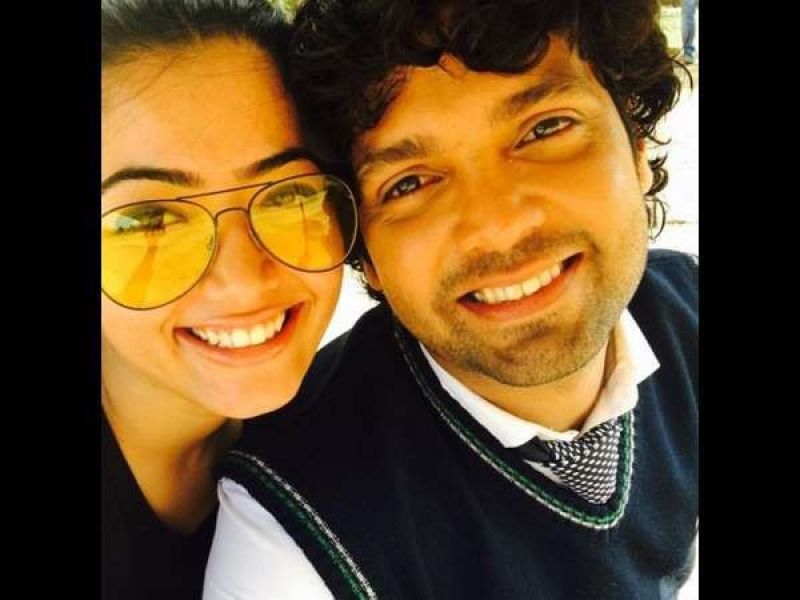 Meanwhile
Her relationship with Kannada actor Rakshit Shetty has been the talk of the town for a while now. So much that the two decided to take things to the next level! “There wasn’t anything between us really. But there came a point when more than our work, people talked about us. In fact, it was our families who suggested that we take this forward because it was just becoming an unnecessary ordeal. Well, the families are happy and it’s great for us too because now we can go about our work without all the pressure,” she shares.

So, is an engagement on the cards? “Yes,” confirms Rashmika, as she adds, “I respect him immensely. In fact, I occasionally still call him sir and he feels embarrassed! But beyond that, I know I will be safest with him in my life.”

Marriage and relationships are career changers for many. “But not for me! This move was just to end the pressure that the world has put on us. Rakshit is very encouraging and respects my choices. He was even instrumental in my decision to debut in Telugu. He has taught me everything I know about the industry,” she shares.