BVR Mohan Reddy: A living example for success by design
Entertainment Tollywood 23 Aug 2017 Have never seen an a ...
Entertainment, Tollywood

Have never seen an actor like Mahesh, says AR Murugudoss

Murugadoss explaining a scene to Rakul Preet and Mahesh Babu

A.R. Murugudoss is one of the most sought after directors, not only down South, but also in Bollywood. The filmmaker, producer and screenwriter is all set for the release of his Tamil-Telugu bilingual film Spyder, starring Mahesh Babu and Rakul Preet Singh.

Before the beginning
Murugudoss’ first Telugu film was Stalin made nearly ten years ago. And, interestingly, the 42-year-old met Mahesh around the same time. “I was introduced to Mahesh Babu by writer Paruchuri while I was shooting Stalin. He was shooting for Pokiri close to our film sets and that’s how I met him,” says Murugudoss. “I had expressed that I wanted to do a film with him and he responded positively,” he added, further saying that before their meeting, he had watched Mahesh’s Okkadu in Vijayawada and decided to direct him.

Even though both the actor and the director met several times during the last decade, they were quite busy with their respective projects. “In 2015, Mahesh came to Chennai to promote Srimanthudu and at that time, I met him and narrated a plot line. After a month, I came down to Hyderabad and narrated the entire story; he agreed immediately,” says the director about how the project started taking shape, adding that he couldn’t think of anyone, but Mahesh for a film like Spyder.

“I waited for 10 years but finally made a good film. He (Mahesh) speaks Tamil fluently and is also popular in Tamil,” remarks Murugudoss. 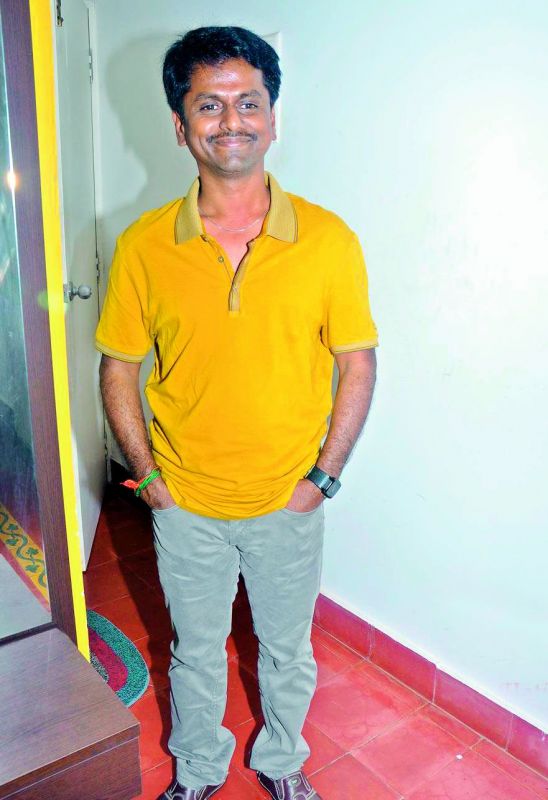 Giving a sneak peek of the plotline, he says, “Spyder is about India’s intelligence agency and how it works.”

About the project getting delayed since long, Murugudoss clarifies, “Initially we thought that it’s one extra take for the Tamil version, but we made one complete extra film. We shot separately in both Telugu and Tamil with different actors and hence, it took us double the time for us to complete the shooting.”

Divulging an interesting piece of information, Murugudoss tells us that initially, he wanted to rope in Parineeti Chopra as the female lead, but ended up choosing Rakul Preet Singh. “Yes. I didn’t know Telugu completely and if I would have roped in Parineeti, it would have been very difficult for us to communicate with her as she can’t  speak or understand Telugu or Tamil. So we preferred Rakul, who is familiar with both the languages,” reveals the director.

Future ventures
And finally, what about his film with Salman Khan? Murugudoss informs us that he has met the Bollywood actor a few times and narrated the basic plot. “Last time when I met him, he said he wanted to start the shoot in one week’s time but I was not ready. He went and started another project and now, I am busy with my film. But I am definitely going do a film with him after both of us get convenient dates,” he explains.

About other films in the pipeline, the Tamil Nadu born says that he has narrated a story to Rajinikanth as well and adds, “After his two films, Kala and 2.0, release, my project will start.”