BVR Mohan Reddy: A living example for success by design
Entertainment Tollywood 23 May 2017 The hunt is on for a ...
Entertainment, Tollywood

The hunt is on for a suitable star

Hamsa Nandini modelled for the cover of a magazine, which caught the attention of director Vamsy.

What if a filmmaker needs an actress with exceptional characteristics? Or when directors and filmmakers cannot find a suitable leading man? This is exactly the conundrum that directors Sujeet and Radhakrishna, the filmmakers of Prabhas’ forthcoming films have on their hands — of finding a suitable actress opposite the Baahubali star. 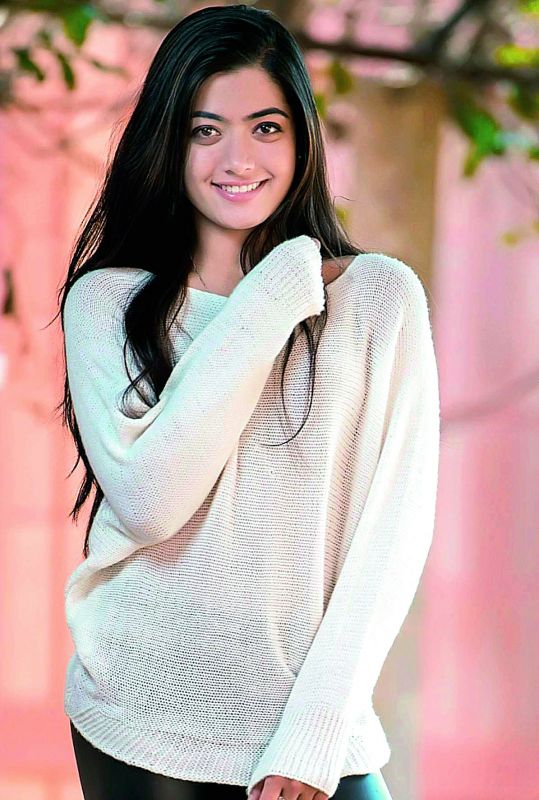 Rashmika Mandanna was recognised after winning a beauty pageant

Beauty pageants, soap operas and commercials
No guesses then, as to why filmmakers are drawn to beauty pageants, soap operas and commercials. For it is here that they can probably find someone who is comfortable and confident in front of the camera. Take the instance of director Hanu Raghavapudi, who introduced Mehreen Pirzada in Tollywood with Krishnagadi Veeraprema Gadha, after he spotted her in a commercial. Or Hebah Patel, one of the hotties of T-town, who featured on the screen after filmmaker Aneesh spotted her at a modelling assignment. Similarly, filmmakers Yogi and Virinchi Varma were on the lookout for fresh talent and zeroed in on Sonarika Bhadoria and Avika Gor respectively after seeing them in Hindi TV serials. “When I saw Avika, I felt she had the perfect look of a village belle. The fact that she's not new to the camera worked in our favour,” says Virinchi.

Newspapers, parties and weddings
No wonder page 3 photos in newspapers are important, for they can sometimes turn into a one-way ticket to showbiz.

Like producer Suresh Babu, who discovered Aarthi Agarwal after reading a newspaper. “I came across Aarthi after I read an article about her Hindi film. I saw her pictures too and was convinced with her screen presence after a photoshoot, so I cast her,” he says.

Producer M.S. Raju also introduced Rhea Chakraborty to films after seeing her party pictures in a newspaper. Hamsa Nandini’s photo on the cover of a magazine caught director Vamsy’s attention, while director E. Satti Babu cast Richa Panai after reading spotting her in a newspaper’s party page. Veteran director Dasari Narayana Rao cast Catherine Tresa Alexander in his film Errabus, after he saw her picture in an English daily.

Social media
And then of course, there’s social media. The perfect, free way to showcase your portfolio on Instagram, Facebook and YouTube. Even filmmakers have their jobs made easy. Take the case of director Mohana Krishna Indraganti, who saw pictures of Eesha Rebba on Facebook and selected her for the movie Anthaka Mundu Aa Tarvatha. Kumar Nagendra reveals, “I saw Latha Hegde’s pictures on Facebook and immediately contacted her for Tuntari.”

Ritu Varma also shot to fame after her short film Anukokunda garnered critical acclaim. Similarly, Chandini Chowdary was popular for her short films on YouTube. As director Kittu Nalluri says, “We were amazed to see Chandini’s fame in YouTube, and felt we could leverage her prominence for our film.”

Casting directors
Lastly, casting directors are considered the best resort as they are everywhere looking out for fresh faces in the midst of a crowd. “I am always checking out coffee shops, modelling agencies, college fests, social media, fashion shows, soap operas, etc., and build a database. We then pitch these aspiring new faces to various filmmakers,” explains Sreekanth Reddy, who introduced Anu Emannuel, and Kabir Duhan Singh to Tollywood.

“We get thousands of profiles every day and can’t go through each one of them. So we earmarked the job of finding the leading lady to various casting directors,” explains director Sukumar, sharing how he spent a lot of time before confirming Kriti Sanon for one of his earlier films. “We understand the character requirements of filmmakers and groom the aspirants,” says Supriya, a casting director.