All the Rajini fans, rejoice!

At the first look launch of the film 2.0, a sequel to Tamil film Enthiran, superstar Rajinikanth was not alone. Chitti, the robot character from his blockbuster film, sat amidst the crowd, answered all the queries along with him and entertained the audience.

At the launch, the legendary Rajini said, “Given a choice, I would have opted for Akshay’s role in the film. Akshay has put in all his sincerity and hard work to enact this character. I am very confident that after 2.0 releases, his exuberant acting will be applauded by one and all.”

Describing the film, Rajini said, “This film has been directed by the perfectionist Shankar. It was indeed very difficult to work with him, but I enjoyed doing this science fiction film because it is one of its kind. With a superb technical team, we will reach Hollywood standards as well. 2.0 is surely a film which will be liked by audiences worldwide.”

Rajini also disclosed his heartfelt feelings about Salman Khan. When asked if he would like to work with Salman, he replied, “If Salman is ready, maybe I will start work with him tomorrow itself!” 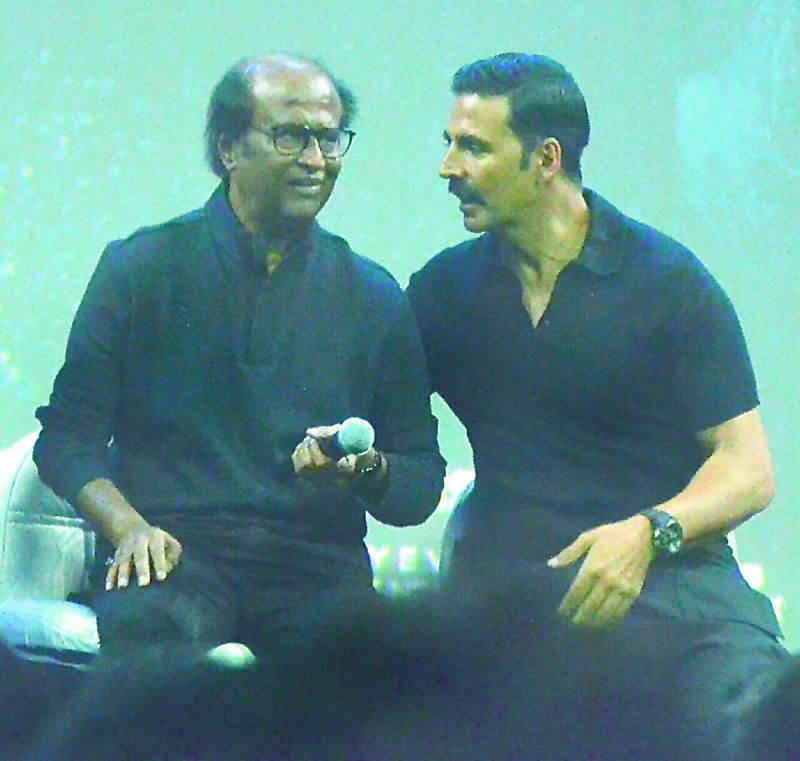 Akshay Kumar praises rajinikanth
Akshay Kumar, who also at the launch was all praises for Rajini. “Rajini Sir is known for his exuberant mannerisms — whether it comes to walking with swag or wearing glasses in style, no one can match his calibre. But he is also known for being the most humble man. I remember when one of his films titled Baba did not do well at the box office, Rajini Sir called the producer and returned all his money.”

Venky to shoot some scenes for Narappa