“A couple of years back, my birthdays were celebrated with magnificent parties,” Jr NTR tells us. “But now, I’ve decided to be more responsible. My son Abhay Ram (who will turn 3 this July) now looks up to me in every way. He follows and closely observes my actions and I don’t want to set a bad example for him. Instead of celebrating my birthday, I’ll put all my heart in celebrating my son’s birthday.” 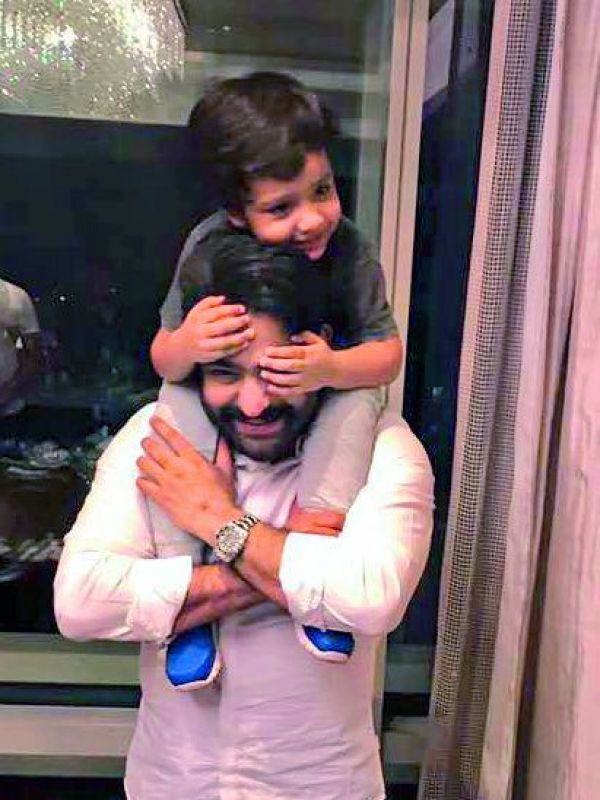 He added saying that he’s going to be a more responsible family man and celebrate all his family’s big days congenially. The actor, while busy shooting for Jai Lava Kusa by director K.S.  Ravindra (Bobby), is also trying hard not to miss out on his son’s little achievements.

“He started talking and is very enthusiastic about everything,” says the proud father about his son. “The other day when I asked him Enduku Puttavura (Why were you born?), he replied Nanna Kosam (for dad). He makes me so happy.”

The actor is tight-lipped about his characters in Jai Lava Kusa. When we asked him about the rumours of his triple role, he smiled and kept the mystery alive by asking us to wait and watch. “There are a lot of surprises waiting for everyone in the movie. You’ll have to wait till it’s released,” Jr NTR signs off with a grin.