Amidst all the allegations, mudslinging and press conferences over the last few days, the Sri Reddy saga has now become a battle of the film biggies and the sexual exploitation point she raised totally unaddressed by any of the these biggies.

After his brother Nagababu and relative Allu Arvind's consecutive press conferences failed to make much of an impact, actor Pawan Kalyan decided to jump into the fray himself. The actor-turned politician accused AP chief minister Chandrababu Naidu and his son Lokesh for encouraging TV channels to broadcast the issue repeatedly in an attempt to defame him. Filmmaker Ram Gopal Varma, who has since owned up to instigating the actress against PK, was also the target of his ire.

However, unlike his army of fans who use foul language all the time, Pawan Kalyan chose to play the victim card and kept things polite. The most repeated line in all his tweets was, “If I cannot defend the honour of my mother, I better die.” One assumes he was referring to the abuses heaped on him by Sri Reddy, which TV channels replayed ad-nauseam.

He also made some bizzare statements (see box on left with RGV’s replies).

Mega clan rallies behind Pawan Kalyan​
There was high drama at the Film Chamber on Friday morning. After his emotional tweets on Thursday night, Pawan Kalyan, accompanied by his mother, made his way to the Film Chamber premises, where all his family members, fans and supporters had gathered.

Pawan held a meeting with advocates in the Chamber premises, looking stressed out, perplexed and restless for the entire duration. The actor apparently asked them to initiate action against RGV or that he would take it upon himself. Also, he asked them to explain their stand on the entire issue within a day. Around late afternoon, Pawan and his family members were asked to leave the premises due to security issues. 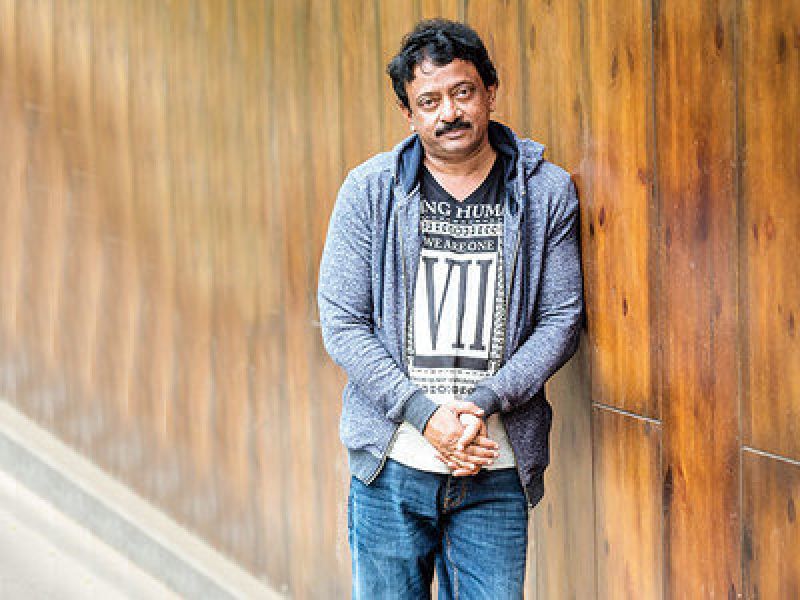 PK tweets: Hon CM, for these channels, legalisation of prostitutes is more important than special status to Andhra Pradesh. What is your priority as you control the media?

RGV: I am shocked that you are calling the unfortunate girls and boys, who are victims of the casting couch, prostitutes. This is far worse than what Sri Reddy said. Do you mean to say that just because he is close to your family, all the women who complained about the atrocities on your man, Vaakadu Apparao, are prostitutes? I have never heard anything more demeaning to women.

PK tweets: Interesting fact, The current dream team also has mothers, sisters and daughters. But, their women are safe and secure, while my poor fragile 70-year-old mother had to be abused for TRPs and political benefit

RGV: What’s more interesting is I don’t understand how TRPs and political benefits can come to your opponents because of abuse? Do you mean to say that TV viewers and voters want to listen to mothers being abused? Is that how bad you think Telugu people are? If at all there’s any political benefit in this whole issue, it’s only for you because you are dragging your mother into this to gain sympathy, which might convert to votes.

And, with regard to the so-called dream team’s mothers, sisters and daughters, you can always unleash many of your fans on social media and you very well know that no one in the world can match their exemplary language skills. In comparison to their abuses, what Sri Reddy said will sound like a pure morning prayer.