After that, he featured in a bunch of duds including Raman Kumar’s cross-border romance Sarhad Paar, Sanjay Gadhvi’s Kidnap, Soham Shah’s Luck, Tony D’Souza’s oceanic adventure Blue, and Ram Gopal Varma’s Department. Bhoomi, Dutt’s first release post-incarceration, a film in which he played a father grieving his daughter, a rape victim, was such a box office disaster, that the actor hastily withdrew from the other film that he was committed to doing with the same director, Omung Kumar. 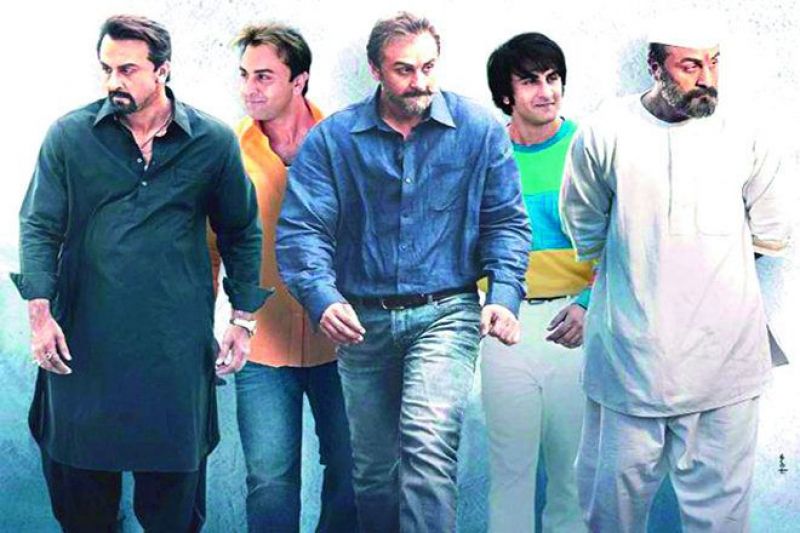 Poster of the movie Sanju.

His recent releases, Zanjeer, Zilla Ghaziabad and Policegiri have all been miserable flops as well.

But the success of his biopic, Rajkumar Hirani’s Sanju, has led to a revival of interest in Dutt’s nearly-defunct career.

Editor and trade analyst Atul Mohan says, “Sanju has been declared a huge hit. This means that people have accepted the movie, and it also signals an acceptance of Dutt. Had people not been interested in Baba, the film wouldn't have got this acceptance. Rajkumar Hirani and Ranbir have also been major factors contributing to the film’s success at the box office. I’d like to think this blockbuster can re-ignite the careers of two superstars — Ranbir Kapoor and Sanjay Dutt.”

Girish Johar adds, “Sanju has made Sanjay Dutt more relatable to the young segment of cine-goers. Going ahead, they will connect with his films more. This has definitely added to Dutt’s viewer base.”

However, trade analyst Amod Mehra doesn’t agree. “Only Ranbir Kapoor will benefit from the success of Sanju. Sanjay Dutt’s image may be more positive, and the negativity surrounding his controversial past may diminish. But his career will depend on the success of his films,” he says. Now the BO shall speak!

More people to be allowed into film theatres