From the stage to the screen

DECCAN CHRONICLE. | RESHMI CHAKRAVORTY
Published May 20, 2017, 12:05 am IST
Updated May 20, 2017, 10:10 am IST
Hyderabad-based classical dancer, Ashrita Vemuganti is thrilled at having got the opportunity to feature in Baahubali 2.

Ashrita Vemuganti with Anushka Shetty during the song Kanna Nidurinchara

For Ashrita Vemuganti, a Bharatanatyam and Kuchipudi exponent, who donned the role of Anushka Shetty’s sister-in-law in S.S. Rajamouli’s Baahubali 2 — The Conclusion, being a part of the magnum opus was a dream come true. The 27-year-old city girl recalls that the way in which she got selected for the role was quite filmy too!

“I was performing a semi-classical dance at a programme and had no clue that Rajamouli along with his family was present amongst the audience. A month later, I got a call from Kartikeya (Rajamouli’s son), asking whether I was interested in being a part of the film. I jumped at the offer and am ever grateful that my dance got me this opportunity. Earlier, many dancers forayed into the field of acting as they were brilliant in what they did. Now, becoming a part of that league is very satisfying,” says Ashrita. 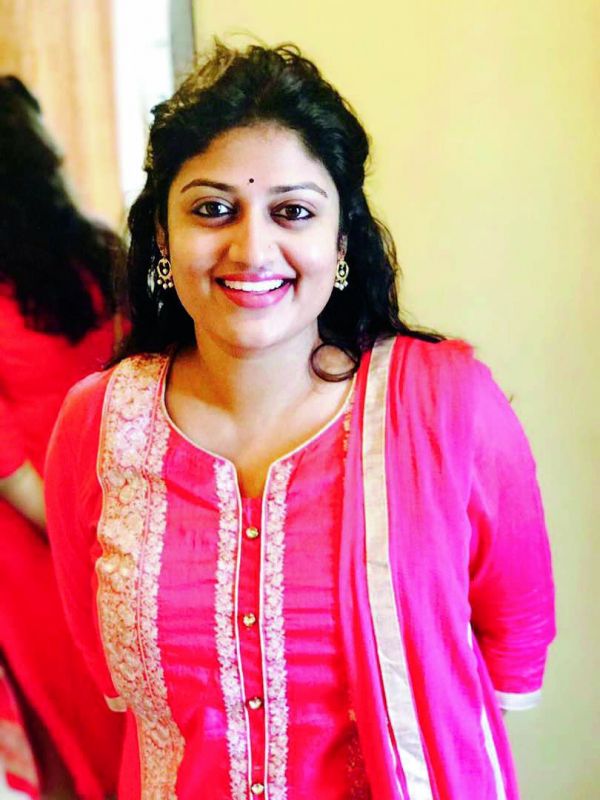 Learning dance from the age of five, Ashrita has been a part of many dance productions, picking up the nuances of emoting along the way. “Both dance and acting have emotions in common. We portray a lot of emotions in dance and that experience helped me a lot in my acting,” she says. “It was not the first time that I was in front of the camera. I had done a few anchoring assignments on television before, but doing a full-fledged movie was a different game altogether,” she adds.

Speaking about the experience of working with Anushka Shetty, Ashrita says, “Anushka left a lasting impression on me, as she is really down to earth and affectionate. Before joining the crew, I was very skeptical, but during the shoot, all fell into place.”

Ashrita has not signed a new film, but has been in talks for a few projects. Currently in the US for a few dance programmes, she wants to balance dance performances, along with teaching dance and acting. “I have a long way to go. Any role which requires me to show my dancing prowess will be ideal. Once I return to Hyderabad, I will finalise my next step,” she says.