Prabhas in a still from film Baahubali.

The trailer of Baahubali 2 — The Conclusion was a grand spectacle, with amazing visual effects, drama, mystery and scintillating moments of performance.

As the arrows fly fast and furiously and blood flows in a tempestuous torrent as Prabhas and Rana Daggubatti take on one another in a game of death, one can’t help notice the substantially enhanced confidence level of Prabhas.

The trailer gives a peek into the enchanting charisma and well-toned physique of the actor, who plays dual roles in the movie. According to a reliable source from the film’s core team, Prabhas had received some very tempting offers post Baahubali — The Beginning, but he turned it down to concentrate on the sequel. 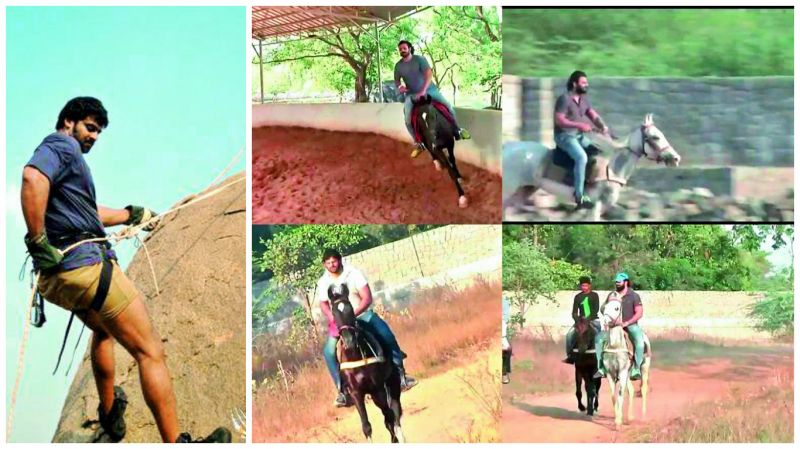 Prabhas learnt rock climbing, kick-boxing, horse-riding and sword fighting for his role. To enhance his physical appearance, every morning and evening he worked out for muscle gain.

“For the last two years, he has lived the role, going as far as remaining in the costume even at home so as to not lose his hold over the character,” the source adds.

“Prabhas learnt rock climbing, kick-boxing, horse-riding and sword fighting. Before Baahubali happened, Prabhas was very thin. To enhance his physical appearance, every morning and evening he worked out for muscle gain. He had to look larger than life and hence, he bulked up and specially worked on his arm muscles as Baahubali is supposed to have very powerful arms. He trained for almost three hours every day for six months before the shooting began. Once the shooting started, he would wake up at 5 am to get ready for the 7 am shoot which went on till 10 pm. For the characters of the prince and the warrior, he has tried to bring in two different body languages,” the source said.