Varun Tej has been on a high after the phenomenal success of F2. The actor is now gearing up to be seen as the bad guy in his upcoming film Valmiki, very unlike the role he played in F2.

“Harish Shankar approached me with a love story, but I was not interested in that genre. He then came back with this idea for a remake and we both discussed it for hours. The next day, we decided to remake Jigarthanda,” reveals Varun Tej.

Breaking the mould
Of all the actors from the Chiranjeevi family, Varun Tej is one who’s consistently chosen different kinds of roles because he doesn’t want to be associated with one particular image. In Valmiki, too, the actor says he likes his characterisation. “I’ve wondered why a lead actor needs to be good always. Why can’t he bad? That’s why I took up this role. It’ll showcase me in a new angle,” says Varun, who’s also grown his beard to get a different look for this role, and believes that his role in Valmiki will allow him explore the character’s many shades.

Then again, Bobby Simha, who played the villain in Jigarthanda, was new to the Tamil film industry. Doesn’t Varun think the role he’s playing should’ve been done by a new actor instead of an established actor such as him, we ask. “We chose this film for the remake because it’s a cult film and we wanted to show it to many more people. Bobby Simha did an excellent job in the film, which won him a National Award. But I didn’t watch him act it for the fear that it might influence me. Moreover, my role in the Telugu remake has a few changes to it,” reveals Varun. 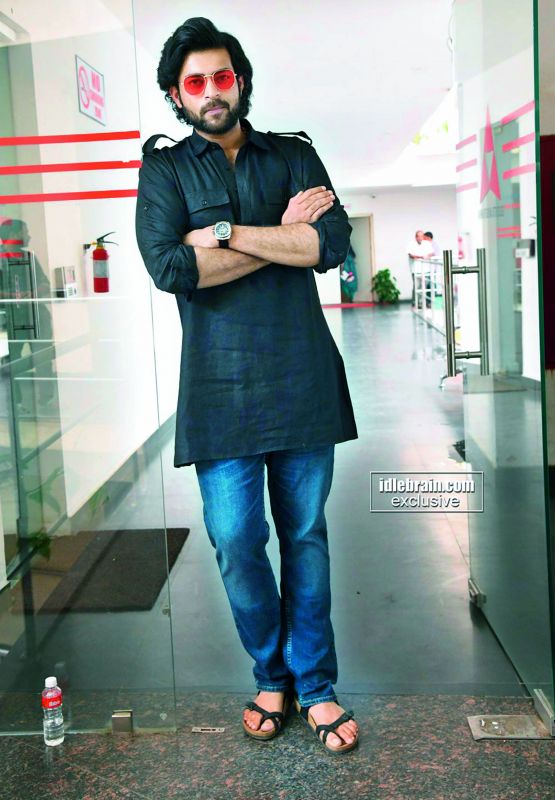 Did he feel any pressure while remaking the popular song Elluvache Godaramma from the original, we ask. “No, because the music director, choreographer and costume designer did their work and I just acted. I am sure it’ll be the film’s highlight,” he says.

Space disasters and future plots
The first Telugu space film Antariksham, which had Varun in it, was a miss. “We were aware of it when we saw the film after completing the shooting. But the film was done on Rs 10-crore budget, so we’d compromised on many things, including computer graphics. So we knew the result even before the release,” he says. But he kept the space outfit in his office room; when someone came to narrate a story, he first looked at the outfit and then went in to listen.

Despite wanting to carve a niche unlike that of his uncle Chiranjeevi (whom he calls peddanna), Varun, who’ll be seen as a boxer in his next, to be directed by Kiran Reddy, always informs Chiranjeevi of his films.

So has anyone approached him to do a biopic on Chiranjeevi? “Actually, director Harish Shankar has expressed interest in doing Chiranjeevi’s biopic, but he’s not said it’s with me. Charan anna is the best to for the biopic but if he refuses it for some reason, then I’ll do it,” he says.