Akanksha Singh, who is paired opposite Nagarjuna in the forthcoming film Devadas, shares that it was an enriching experience working with the Oopiri star.
“Nag sir is a sport and whenever he’s on the sets, it’s all positive vibes. He’s got a tremendous aura, but he’s still so chilled out,” she reveals.

The actress is relatively new to the language (Telugu) with Devadas being her second film. Apparently, Nagarjuna gave her tips on her dialogue delivery and it worked wonders for her. “It was Nag sir who advised me not to say the dialogues loudly during outdoor shootings, but rather say it according to the lip sync. I followed his advice and things have become so easy, all thanks to him,” shares Akanksha. 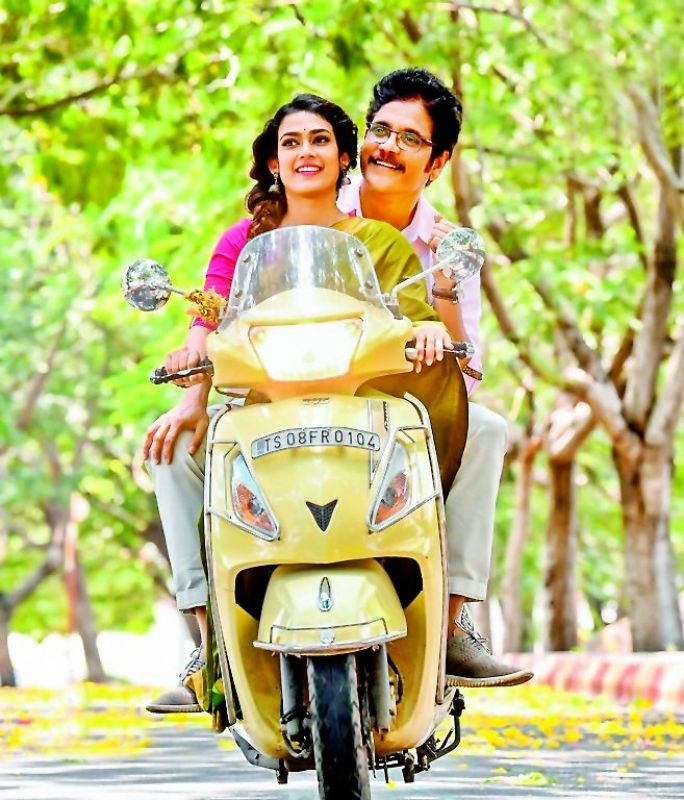 Akanksha Singh and Nagarjuna in Devadas

Hailing from Rajasthan, the actress’ earlier films and TV stint came in handy. “It helped me to be prepared and take up challenging assignments like Devadas. Also, working with someone like Nani helped me to be my natural self while facing the camera,” she says, adding, “Apart from acting, we had great fun on the sets of the film.”

Akanksha says that the film’s director Sriram Adittya has a lot of clarity. “He knows what he wants and how to get the best out of the actors. He is ultra cool and that is his biggest asset,” she states.