Sushmita with her brother Ram Charan on the sets of Rangasthalam, whom she is styling for the first time

Ram Charan will soon be gracing the screens with a rustic new look. Sister Sushmita Konidela had taken up the task of presenting him very differently from his earlier movie appearances with Rangasthalam. The look involved a lot of research, sourcing and deep diving into memories of her father, while growing up. “Apart from being siblings, Charan and I are great friends and hang out quite a lot. It was easy working together, because he immediately understands what I’m trying to convey. At the same time, I understand his comfort level,” says Sushmita.

Since the movie is set in the Rs 80s, Sushmita’s work involved a lot of research over old movies and photographs, including memories of her father and his work from the period. “We had to experiment with a lot of looks on Charan and source a lot of fabrics as nobody uses those typical prints anymore. Most of Charan’s clothes, his hairstyle and beard are a lot like what I remember my dad sporting. Since the look was new for Charan, he had to feel comfortable in it as well. Though the start was a challenge, once Charan became comfortable in his new avatar, it was easy.”

This is not the first time, however, that Sushmita is styling a family member. She has been working with her father since she was fresh out of college. Talking about her journey so far, Sushmita shares, “I studied fashion designing from NIFT. I pursued fashion styling and photography for ad films and photo shoots in London. Shankar Dada M.B.B.S. happened right after college, before I left for further studies. I also did ad films. That period was like an internship — I had the time, I was you-ng, I didn’t have so many responsibilities. At home, I watched my father dress up for films and events. That natural attraction towards costume and fashion just pulled me to one of these projects.”

Working with family can also be challenging, as it may prove difficult to build a professional relationship. “I feel it is easier working with my dad because I have styled him for so many films. When it comes to both of us, it is almost like autopilot. Charan, my dad or I don’t like to step into each other’s professional spac-es. Apart from important inputs, or if they need to tell me when something is not working, they don’t interfere with my work.” 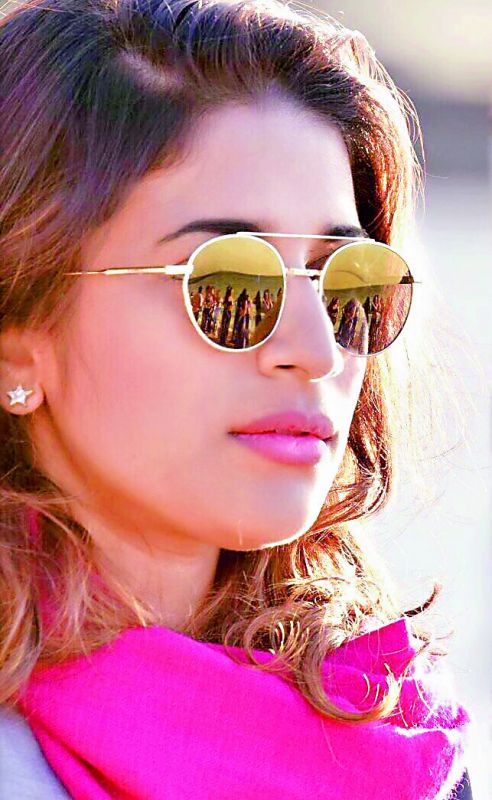 Her styling job is not limited to films alone, Sushmita also styles her father for events. “Charan is very comfortable in what he wears and he knows how to carry himself. But dad is someone who can’t think so much while deciding to pick up something to wear for an event, so I help him.”

While Sushmita is busy with her professional life, back home her husband plays the role of both parents to their children. “When we had started Khaidi, it was challenging because I had never been away from my kids and my husband for such long period of time. But slowly, we got used to it. My husband was always there, supporting me. He played the role of both parents, when I was not around and that really helped. My kids were also able to manage themselves,” she says adding, “I had back-to-back projects right from Khaidi — Meelo Evaru Koteeswarudu, Rangasthalam and now Sye Raa Narasimha Reddy. These have kept me occupied and beyond that, I need time to spend it with my children and family. I feel now that there is a fine balance.”

My folk song is my answer to my detractors: Divi Vadthya