Marriage is not for me: Charmme

Actress Charmme seems to have found her groove as a producer and is currently co-producing iSmart Shankar along with her mentor Puri Jagannath while also taking care of the film’s promotions.

“I have acted in 55 films and as I turn 31 (on May 17), I don’t want to act anymore. But since I want to continue in this industry, I have taken up production work with Puri Connects,” says Charmme while crediting him with all the creative decisions. 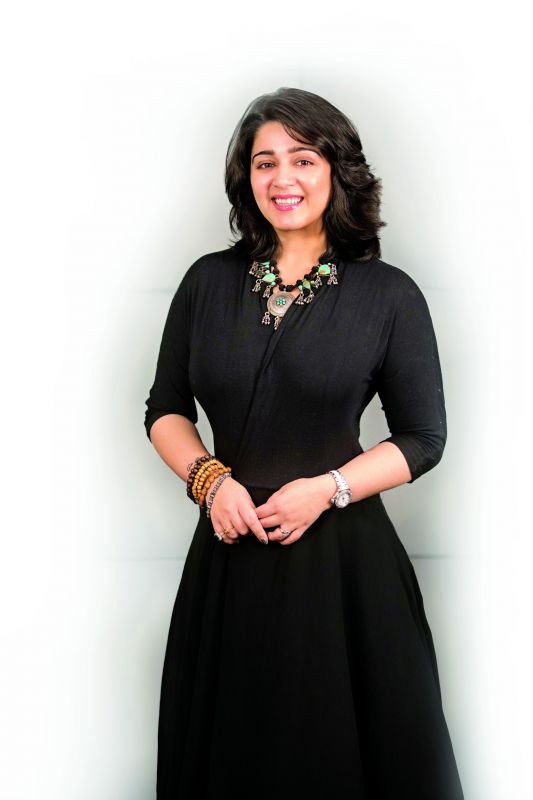 “Puri Sir usually narrates the story to everyone and I only express my opinion without interfering with it. I deal with the numbers while he deals with the script,” she adds.

While Puri Jagan has not had a commercial hit in a while, Charmme is confident about their upcoming film. “It’s full of Puri Sir’s trademark dialogues and a complete entertainer. I’m confident that he will have a huge hit with this film,” says Charmme, who is presently shooting in Goa for the film.

Did she give any tips to lead actresses Nabha Natesh and Niddhi? “Today’s actresses come to the set fully trained. They don’t need any guidance, and I never force them to do anything either,” she states.

Confirming that Niddhi Agerwal had lost her passport, leading to a delay in shooting for the film abroad, Charmme clarifies, “We applied for a new passport after which we will go abroad for the song shoot.”

Explaining a recent tweet of hers in which she proposed ‘marriage’ to good friend and actress Trisha, she says, “Trisha and I became friends after we acted together in Pournami (2006). Since then, we talk and meet regularly. We have even gone on a couple of holidays together.”

However, Charmme is very certain that she will never marry and have a family of her own. “I have no plans of getting married and having kids. I don’t think I fit into that category; I cannot prioritise someone else in my life,” she says, adding, “I have been working since the age of 13 and have celebrated most of my birthdays on the sets. I am an independent woman and a workaholic. I can’t wake up in the morning and take care of the family, husband or kids.”

Will she change her mind in the future? “I have been a strong-headed girl all these years, so I don’t think so,” she says with a smile, adding that negativity is the only thing that bothers her.

“Before writing or saying something wrong, think twice. My parents, who are 60-plus, get affected when they read something wrong about me. Although I am a fighter, I can deal with anything except negativity,” she says. One of the many actors who got a clean chit in the drugs scandal that rocked Tollywood, Charmme states, “We are only focused on our work. All these years have unnecessarily troubled us.”

The actress categorically adds that she doesn’t want to direct films. “With a master director (Puri Jagan) in-house, the thought of direction does not even come into my mind,” she says firmly.

Naga Shaurya goes on diet and workout for his next

Ram Charan and Vamsi Paidipally to team up again?