Though Sri Reddy has courageously gone ahead to expose the sleazy behaviour of men in Tollywood, as also the awful compromises that not-so-successful women are forced to make, the industry remains defiant. “She’s a small time artist who’s making allegations, a new name crops up each day,” they say dismissively.

Notably, it’s not just the men, but even the women in the industry who have chosen to ignore Sri Reddy. Nobody seems to want to address the issues she’s crying herself hoarse over.

Amala Akkineni fights for animal rights, but there’s not been a word of support for Sri Reddy. Lakshmi Manchu, who is usually very vocal on social issues, is also mum this time around. Same is the case with actor-politician Roja. And although Jeevita Rajashekar did speak up, it was only to say that the allegations are untrue.

Actor-politician Khusboo, who boldly takes on trolls and voices her anti-BJP sentiment on countless TV debates, says categorically, “Sexual abuse within the industry is not something I have come across till date. I grew up in this industry and I have been fortunate. To those who have been subjected to it, my empathy.” 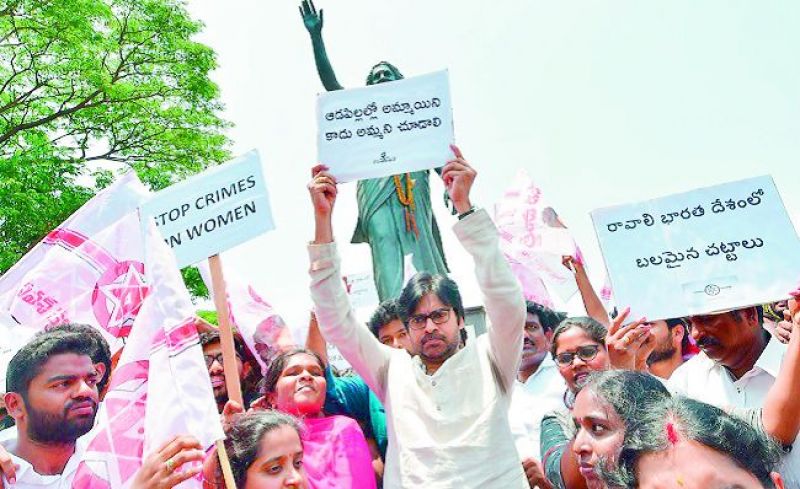 After Sri Reddy’s allegations of sexual abuse in Tollywood, actor-politician Pawan Kalyan said that she must approach the police instead of TV channels.

I will not support injustice against women. The film industry is forming a committee to look into the matter.  Change is essential and we are working towards it. In Tollywood, we react and reciprocate collectively. About supporting Sri Reddy, issues raised by her should be addressed, which we are doing but the allegations were inappropriate. If they are true, I expect her to take the legal route.
— Tollywood Producer and director N. Shankar

Meanwhile, filmmaker Vikram Bhatt feels that Sri Reddy’s approach should have been different. He explains, “When you have a #metoo movement, the victimised ladies have to point a finger at the person who has done them wrong. That’s what the movement is all about — to bravely name and shame the perpetrators. But if you don’t do that, there is no movement. The purpose will not be served by merely saying there is exploitation. You have to go ahead and name the people who have done it or else it remains an abstraction.”

He adds, “A dignified stance is always better. When you strip in front of the association premises, you are doing injustice to the movement.”
But Sri Reddy did name a top producer’s son who, she alleges, exploited her.

Argues women’s rights activist Sunita Krishnan, “Just taking names cannot be considered as a complaint. She need not file a criminal complaint of cheating with the police but she will have to file a complaint to the internal committee formed by the Telugu Film Chamber of Commerce to address the issue of sexual harassment. If she files a complaint, rest assured she will get all the support she requires.”

She adds, “For me, she will be like any other victim whom I have worked with. There are three issues that Sri Reddy is raising — that Telugu producers do not take Telugu girls in films; sexual favours are being asked for in return for roles and the pathetic living conditions of junior artistes.”

Sunitha continues, “Telugu producers have to answer the first issue as they have a right to decide whom to cast in their films. The second issue can be addressed only if specific complaints are made to the right authority, while the living conditions of junior artistes can definitely be taken up by the industry." 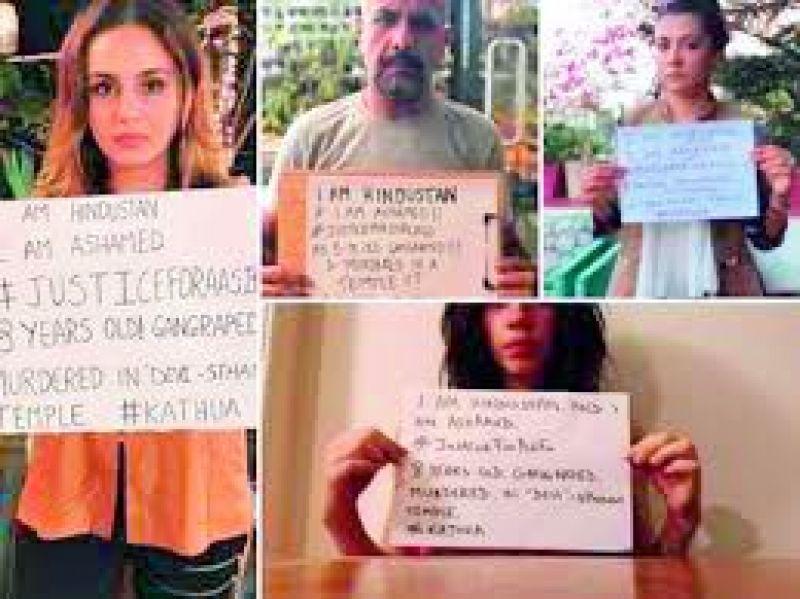 While many celebrities tweeted against the horrific rape and murder of Asifa, and posed for pictures with placards, nothing more came out of it. Meanwhile, urging people to take part in the protests to demand justice for the little girl, actress Priyanka Chopra tweeted, “If you can make it, please do. We all agree that armchair activism isn’t enough. There is strength in numbers and in unity.”