Off to a great start

The recently released slick revenge saga Venkatapuram has been receiving quite a phenomenal response. Interestingly, the film released only two weeks after Baahubali 2, which was dominating the box office, and that too amidst stiff competition from a few other films. “It was the producer’s conviction that our film could hold its own in between all this. And true to Srinivas’s (producer) belief, the response has been great, not just in the reviews but at the box office too. It’s encouraging,” shares Venu Madikanti, who made his directorial debut with the film.

Having been in the industry for over 15 years now, Venu thanks director Sudheer Varma for inspiring him to write this story. “When I showed him a script I had written, he appreciated it, but suggested that I try to write something more unique, a story which would get everyone talking, even if it was small. He pushed me to write a script where the story was the king,” shares Venu, who made a conscious effort “not to forcefully add commercial elements just for the heck of it.”

Venu, a Hyderabadi, recalls how being a student at Mukarram Jha College in old city was a key factor that drove him to become a director. “We often had film shoots happening at college and I was so much in awe of it. I don’t know when exactly, but there came a point when I wanted to be a part of this world. My family and friends were worried about how I would make it as I didn’t have a backing in the industry. The only saving grace was that I didn’t have to support my family financially and we had a house and everything in place. Except for the worry of the future, there weren’t too many other tensions,” he reveals.

The director confesses that Venkatapuram is one of the best things to have happened to him. “A week after I narrated the storyline to Rahul, he called me to say that he loved the script and how the story is the real hero. I knew then that I was getting on board with a good team. He eventually got the producer to join the team too, which I think is the best thing that happened to us because he did not compromise on anything. In fact, our film went a bit over the estimated budget yet he never complained. As for Rahul, he was always open to suggestions. What more could one ask for?” says Venu. 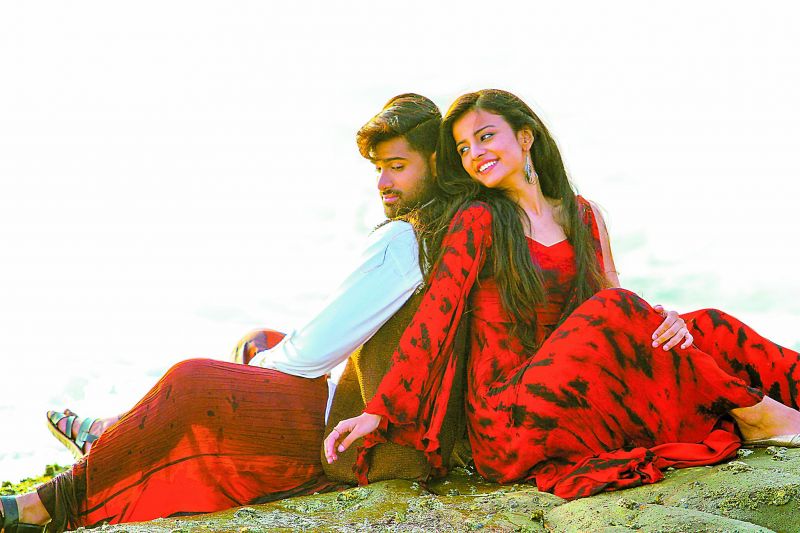 A still from Venkatapuram

Mahima Makwana
The actress made her debut with this film but is a known face on Hindi television. Her performance has been appreciated widely. “When we were looking for our lead actress, we knew we didn’t want a glamorous diva but someone who can perform well an she fit our bill,” explains Venu.

Rahul’s makeover
“When I saw Happy Days, I knew there was something in him which could be tapped. He tirelessly worked on this film for over a year and a half where he changed his body language, hairstyle and even agreed to let a new person dub for him,” says Venu, talking about his lead actor.

Element of thrill
While everyone has been appreciating how the director has fleshed out a very new story in Venkatapuram, what’s interesting is how he managed to keep the audience engaged. Another element worth mentioning is a rape sequence which has been done so subtly, without any kind of sleaze or violence which is characteristic of such moments in many other films.