Actor Mohan Babu is reportedly displeased with the statue of senior actor Dasari Narayana Rao erected at Film Nagar. He believes that a statue made of clay and mud does not befit a legend.

“I am not happy with the way they have treated Guruvugaru. If they need money to make a good statute, I will help. They have put up a statue made of clay and mud!” he is reported to have said to close friends. The statue was installed on May 4, on the occasion of Dasari’s birth anniversary. Mohan Babu is said to be upset at not being invited for the unveiling. 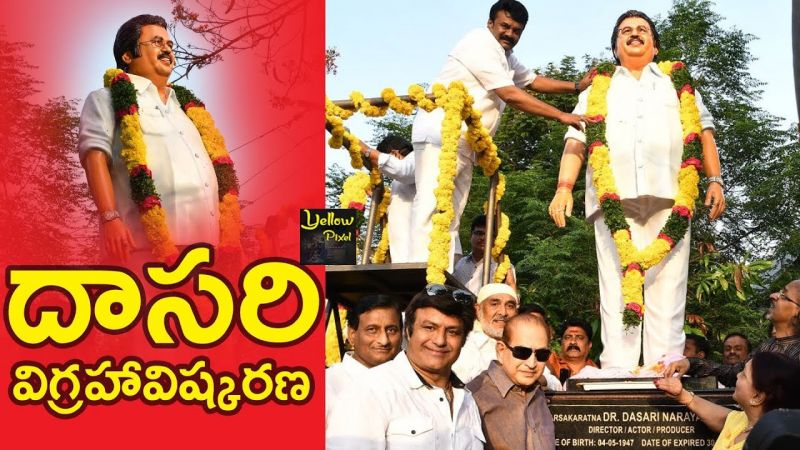 The statue was installed on May 4, on the occasion of Dasari’s birth anniversary. Mohan Babu is said to be upset at not being invited for the unveiling.

Meanwhile, producer C. Kalyan rubbishes rumours regarding the statue. “How can we make Dasari’s statue out of clay and mud? I paid for the statue out of my own pocket, and we have used bronze and other chemicals to make it look like Guruvugaru. It is not right to make accusations without knowing the truth.”

He adds that anyone can check the validity of his statements by enquiring at the place in Vijayawada where the statue was made. “Dasari garu ordered a statue of his wife, Padma, from there. And we had Dasari’s statue made at the same place. Dasari’s  brother is planning to have a statue installed at Palakollu, and they have also placed an order at the same place in Vijayawada,” C. Kalyan says. The producer claims to have personally invited Mohan Babu for the unveiling of the statue. “I called Mohan Babu, but his people said that he was not in town. But some say that he attended an event at the Film Nagar temple on May 3,” he says.

Mohan Babu was a close associate of Dasari’s, and he used to make it a point to attend every one of the events organised by him. “When Dasari was alive, Mohan Babu was there for all his functions. It is not right to ignore events after his passing away,” concludes C. Kalyan.