It’s been just a day since the release of Dhanush’s debut directorial film Pa Paandi, and already talks are on for a Telugu remake! It is learnt that actor Mohan Babu will star in the film’s remake, and will reprise the role of an aging stunt man. Apparently, Rajinikanth, a good friend of the actor, arranged a special screening of the film for him. As Mohan Babu was mighty impressed with the film, Rajini suggested that he star in the Telugu remake. The film will be directed by Subraminaiam Siva, who directed Donga Dangadi.

Talking to us, Siva says, “Mohan Babu sir really liked the film, and we are currently in the process of finalising the rest of the crew. He is currently recuperating from a surgery, and we will go on floors in the next couple of months.” 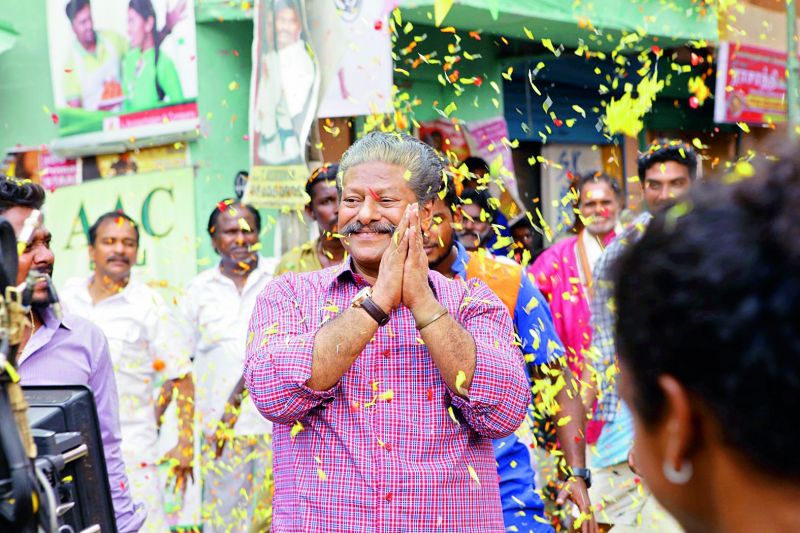 Raj Kiran in a still from Pa Paandi

Pa Paandi is an emotional tale of an aging stunt man’s love life and the sacrifices he makes. Rajkiran plays the lead in the original which has opened to positive reviews from both audience and critics. This will mark Dhanush’s first step in Telugu cinema as a producer, which he will co-produce with Mohan Babu.