This was their first ever city visit for the promotions of SS Rajamouli's directorial.

During the college visit, on-screen Baahubali and Bhallala Deva engaged in some festivities with the students. Some students were seen doing push-ups. 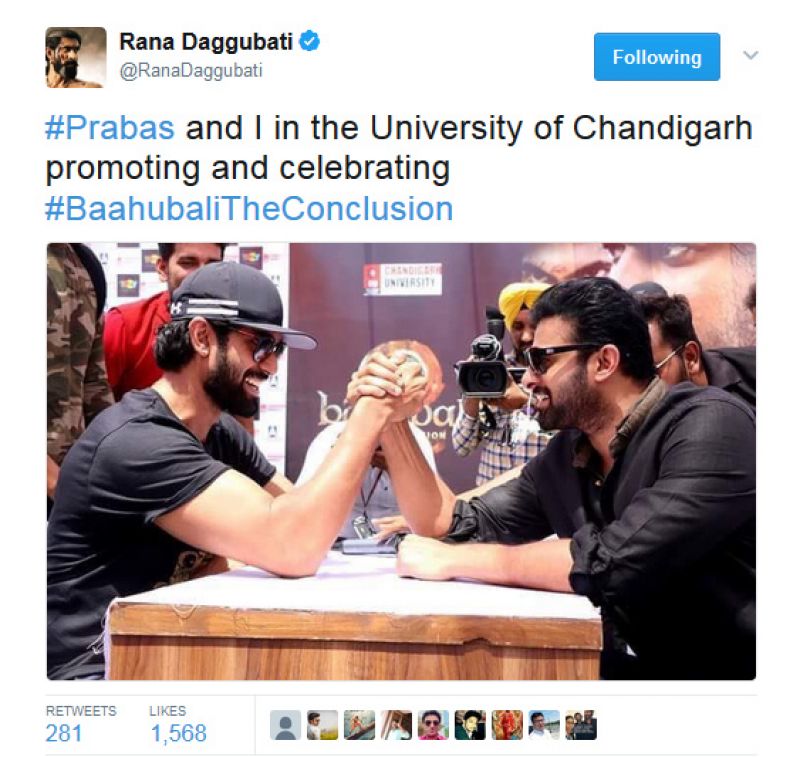 The duo got into a game of fistfight and also, interacted with the students on the topics pertaining to the movie and the festival.

Prabhas said, "Celebrating the festival of Baisakhi in Chandigarh has been a joyous experience for us. It was interesting to interact with young minds at the University and soak in the vibe of the festival in the city."

'Baahubali 2' is the most awaited movie in India till date. Not just down in south but all over the nation people are eagerly waiting for the sequel to release.

Produced by ARKA entertainment, 'Baahubali: The Conclusion,' which also stars Tamannaah Bhatia, Anushka Shetty and Satyaraj in pivotal roles, will hit the screens on April 28, 2017.