Latest alert! The Prohibition and Excise department of the Telangana Government has served notices to 10 people from the Telugu Film Industry and has instructed them to present themselves before the department

For the first time ever, the Telugu film industry has reacted to the recent drug racket in the state, which is the hot topic of the moment.

Though fingers pointed to the Industry in numerous earlier cases, the Industry had remained tight-lipped. There were rumours of top heroes using recreational drugs at parties — perhaps one cannot call them addicts but they do indulge in substance abuse. 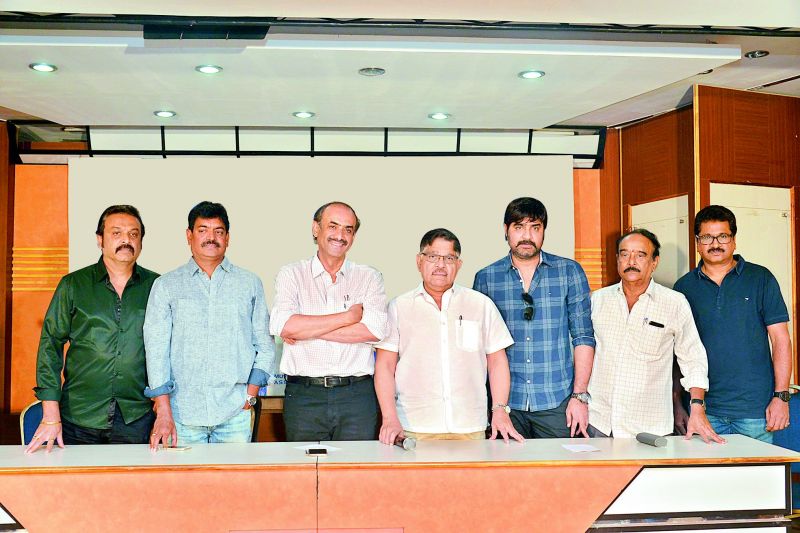 All rumours about actors doing drugs were brushed under the carpet. But now, with the police claiming evidence of Industry involvement, there was no choice but to take an official stand.

Talking about the issue, top producer Allu Aravind said, “The police didn’t inform us about what level of people from the industry are involved in this drug issue.” He insisted that the city, state and even every home wants to be clean and drug-free. “But somewhere, a few people involved in drugs have percolated into different industries and I also feel that a few youngsters from the film industry are involved,” said Allu Aravind, appreciating the government and police.

“They are handling this issue sensibly and are trying to eradicate the menace at the root level. I appeal to the people involved from the industry to distance themselves from these kind of drug issues,” he said.

Citing the example of youngsters attracted to rave parties, Allu Arvind cautioned, “I met a youngster in Mumbai and came to know that drug addiction generally starts at rave parties. Two or three youngsters separate from the rest, sit in a room or a corner and taste these drugs. They also try to attract other youngsters.”

The top producer also warned that everyone is under watch. “Even if you use different SIM cards or other people’s mobiles for contacts, the police is watching you. It will not only spoil your family name, but also give a bad name to the film industry,” he said.

Suresh Babu appreciated the police for handling it with sensitivity. “This is very harmful to the society and Hyderabad will lose its charm because of a few people. We don’t want a bad image for the industry and our city, so we are planning a few things to create awareness among people,” he said.