At the pre-release function of his upcoming film Duvvada Jagannadham, director Harish Shankar openly said that Brahmins  can speak pure Telugu because they are vegetarians. 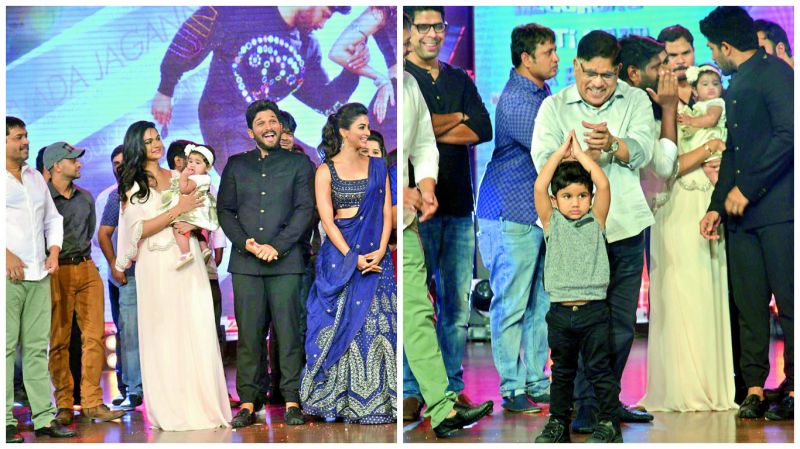 Sneha Reddy with daughter and Allu Ayaan and Aravind

Speaking about Allu Arjun, Harish said, “He is playing a Brahmin boy and worked very hard to get the character and the Brahmin slang right.” He added, “When we discussed the story, he (Allu Arjun) asked me, ‘how come you are all speaking the language in a very good and clean manner?’  I told him that we don’t eat non-vegetarian food, and from then on till the film was completed, he didn’t eat non-vegetarian food.” 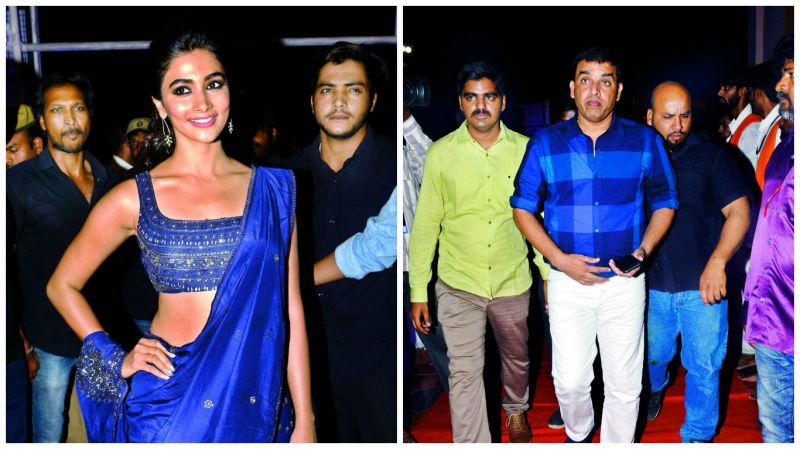 Has the director just stepped into another controversy by indirectly suggesting those who eat non-vegetarian food can’t speak Telugu properly?

Meanwhile, the audio of the film was released by Arjun’s son Ayaan. The actor attended the event along with his wife Sneha, son and daughter, while Dil Raju’s daughter and son-in-law were also in attendance.

It seems that it was the first time that the actor’s three-year-old son was attending a big event. He was seen closing his ears most of the time to block out the noise in the auditorium and every time the actor attempted to remove his hands, he closed his ears again!

But the actor was happy to have his three-year-old son with him and gestured to the hundreds of fans present with a big namaskar. Meanwhile, producer Allu Aravind was overheard telling Pooja Hegde, “I saw the film and you are very beautiful.” Also, whenever Pawan Kalyan’s name or his film Gabbar Singh was mentioned in anybody’s speech, the crowd went gaga.