Lakshmi Manchu, her husband Andy and Rakul Preet at Tirupati

In the last few days, several Tollywood actresses including Shriya, Pooja Hegde, Rashi, Swathi and others visited Tirupati. Actress Rakul Preet Singh also paid a visit to the temple town recently, accompanied by Lakshmi Manchu. Unlike the others, however, Rakul Preet chose to climb the steps to the top with the help of Manchu Lakshmi. “Feeling blessed 2 hve climbed Tirumala temple. thanku @hrhlaki #bliss #positivity,” she wrote on social media, as she shared a few pictures of her trip to Tirupati. 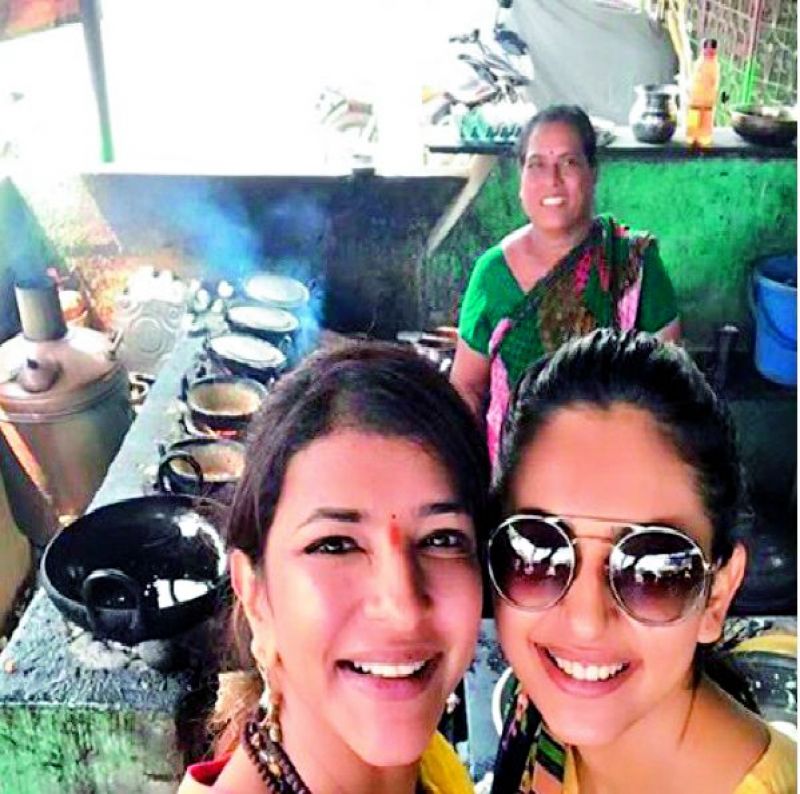 On the work front, the actress is doing many big films, including one with Mahesh Babu, under the direction of A.R. Murugadoss.  Apart from Mahesh Babu’s film, she is also pairing up with Naga Chaitanya in Rarandoy Veduka Chuddam and working with director Boyapati Srinivas in a film opposite Bellamkonda Srinivas.