Dreams of the silver screen

A native of Karimnagar district, Anand Gurram came to Hyderabad with dreams of “being in the films”. Seventeen years later, his short film Dream of Colours (Rangulakala) has won the award for Best Film at Avatharana Filmotsavam, a short film festival conducted by the Department of Culture.

“I came to Hyderabad for my higher studies and joined Osmania University in the year 2001 to pursue a Masters in Commerce. I chose OU because I was confident that I would land a ‘readymade job’ through the University’s campus placements. In my free time, I started reading Telugu literature. I also developed a deep interest in movies made by directors such as Mani Ratnam and Ram Gopal Varma,” Anand says. 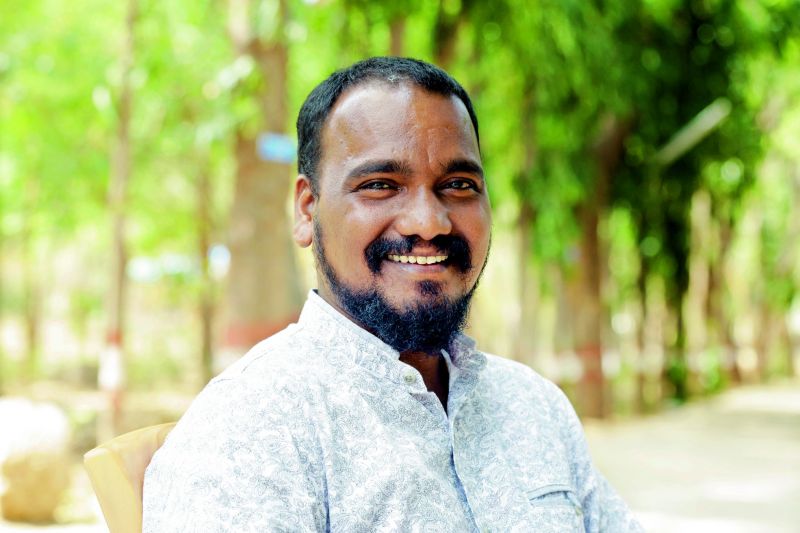 As expected, he received a job offer from a reputed software company after his graduation. “But by then, films had become a big passion of mine. I rejected the job offer and started writing short stories. I tried my hand at a few Telugu filmmaking projects, but I did not get that much-needed break,” he says. Determined not to give up on his dream, Anand decided to move to Mumbai and pursue a career in advertising. “My brother was working for an ad agency in Mumbai, and it was time for me to make some money. I started working there, but my heart was in Hyderabad. After few years, I came back to Hyderabad and joined a radio station in the year 2010. But my passion for filmmaking never dwindled. I made a short film called Abdul, which won a consolation prize at the International Children’s Film Festival-2015. In 2016, my 30-second film Diaper won a consolation prize at the All India Swachh Bharat Short Film Festival,” he says.

Anand still hopes to direct a full-length Telugu feature film someday. “The recently-concluded short film festival has given people like me a great platform. The script for my film is more or less ready, waiting for the right producer,” Anand concludes.