I fought with my parents for a year: Mirnalini Ravi

Mirnalini Ravi, who shot into prominence with her Dubsmash videos a couple of years ago, will soon be making her Telugu debut in forthcoming film, Valmiki. Interestingly, the actress gave up a lucrative IT career for films. “Around 2016, Tik Tok and Dubsmash apps became popular, and I used to upload my videos for fun. Surprisingly, they went viral, and I kept uploading more and more videos,” she shares, adding “I used to lock up myself up in a room and make those videos,” she reveals with a smile.

Those videos became her ticket to further fame as many filmmakers started approaching her for roles. But her parents were not too keen on a career in films for her. “I fought with them for a year so that they would say ‘yes’ to my showbiz career. They were initially scared because none of our family members are into cinema. But eventually, they realised my interest in cinema and agreed,” she says. Initially, Mirnalini played a supporting role in a Tamil film, Super Deluxe, after which she got the opportunity to play the leading lady in an untitled Tamil film. “Even when I signed Valmiki, I was working in an IT company and doing a balancing act. By then, my parents were convinced that I could have a career in films, so I quit my job to pursue films full-time,” says the actress, who is now set to make her debut in Telugu with Valmiki, directed by Harish Shankar. 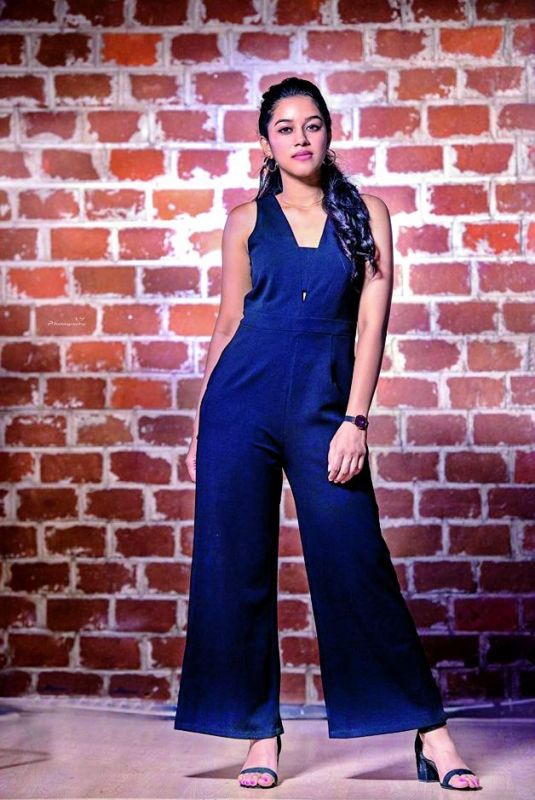 “Initially, it was challenging to act because I did the dubsmash videos when I was alone, but to do the same in front of hundreds of crew members was difficult,” she reveals. While the actress has never sported half-sarees in real life except for festivals, her role in the film required her to be clad in them. “I shot for my role, Bujjamma,  for more than 40 days in half-sarees. Now I am an expert in draping one,” she laughs.

‘Shruti Sodhi is kicked about her dual role’