Swayed by the character

What’s common between Naga Chaitanya’s Savyasachi, Ram Charan-starrer Dhurva, Jr NTR’s Janatha Garage and Allu Arjun’s S/O Satyamurthy? All these films have reputed actors from other industries playing important roles. Though these stars are cast in the lead roles in their respective industries, interestingly, they are happy playing supporting roles in their Telugu outings.

Madhavan was recently signed to play a pivotal role in his Telugu debut, Savyasachi. For someone who has played lead roles in Kollywood for 17 years, how difficult was it to rope him in as a supporting actor?

The film’s director Chandoo Mondeti shares, “Madhavan is an actor who likes to experiment with new scripts. Apart from character transformation from head to toe, I guess what made him say yes to the project is his interesting portrayal.” 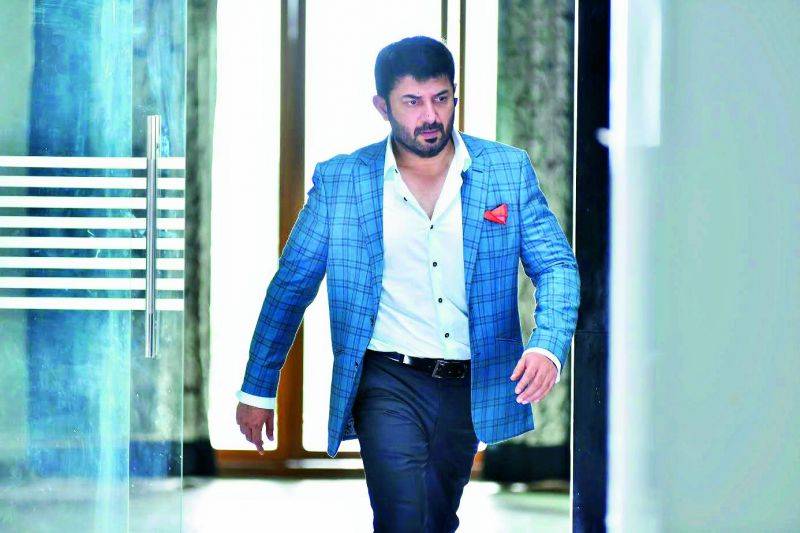 Apparently, Madhavan was earlier approached for several Telugu films, but nothing caught his attention. The actor had said, “Chandoo’s script has the required fizz and gives him the scope to play a different role. It is a coming-of-age film and I can’t wait to shoot it.”

Similarly, the news of Aravind Swamy making a comeback to Tollywood after 21 years with Dhruva took the audience by surprise. However, the actor was skeptical to reprise his own role in the Telugu remake of Thani Oruvan.

Ask the actor what prompted him to make a comeback and he shares, “Initially, I had my own apprehensions (creative fatigue) to do the character in Telugu (because I did the Tamil version too). I wasn’t sure whether I would find it interesting to do the same role again. But after I spoke to the team, I thought that it was my responsibility to recreate the magic in the Telugu version. The reason I took it up was because it was a script-driven film and challenging too. It is always liberating to do new roles, which give me a new experience as an actor.”

Last year, when director Koratala Siva announced Malayalam superstar Mohanlal’s name in the support cast of his film Janatha Garage (starring Jr NTR), it became the talk of the town. More so, because the action-drama marks the Pulimurugan star’s return to Telugu cinema after 22 years. But he seems to be pretty nonchalant about it.

“I played crucial roles in Malayalam and other languages too, apart from the lead roles. So the grammar of cinema the characteristics, emotions or actions remains the same, and only the language differs,” he reveals, adding, “There’s a lot of elegance associated to my role, the role was more of my age. I felt that it  lends a fresh and different perspective to my acting in Telugu cinema.”

Kannada actor Upendra sprung a surprise when he ended his 14-year-long hiatus to stage a comeback to Tollywood with Allu Arjun-starrer S/O Satyamurthy. But given his star status, what made the actor say yes to a supporting role?

“I clearly said that I will not play a baddie because the film will also release in Karnataka and it might not go down well with my fans. But Trivikram narrated the complete script and my role to me. I was convinced with the character and the intensity it brings to the film throughout. I loved the way he brought heroism to my character and elevated it. Initially, I was a bit nervous about how my fans would react, but thankfully, they appreciated me,” he explains.

Jai’s is an intense role, for which Jr NTR has undergone a makeover. More than the physical effort, the role demanded a lot of emotional endurance. He worked very hard to get the stammering right. He suffered severe neck pains while delivering dialogues without blinking his eye. That’s how much effort they are willing to put in when it comes to a challenging role. So it’s no surprise when these superstars occasionally step out of the limelight and into the background, all for a great role.