Mumbai: Shahid Kapoor and Kiara Advani starrer Kabir Singh is flying high at the box-office. However, on the other hand, the film is getting slammed for its misogyny and violent towards women.

On Saturday, Kabir Singh director Sandeep Reddy Vanga defended his film with several controversial statements. In an interview to a renowned journalist, Vanga said, "When you are deeply in love and deeply connected to a woman (and vice versa), if you don’t have the liberty of slapping each other, then I don’t see anything there."

"For the Telugu film, people criticised numerous aspects in the film. But here, they were only on the feminist side, they didn’t speak about anything else. They probably hate me," he said. Moreover, he said, "She slapped him without a reason, at least Kabir had a reason to slap her. If you can’t slap, if you can’t touch your woman wherever you want, if you can’t kiss, I don’t see emotion there." 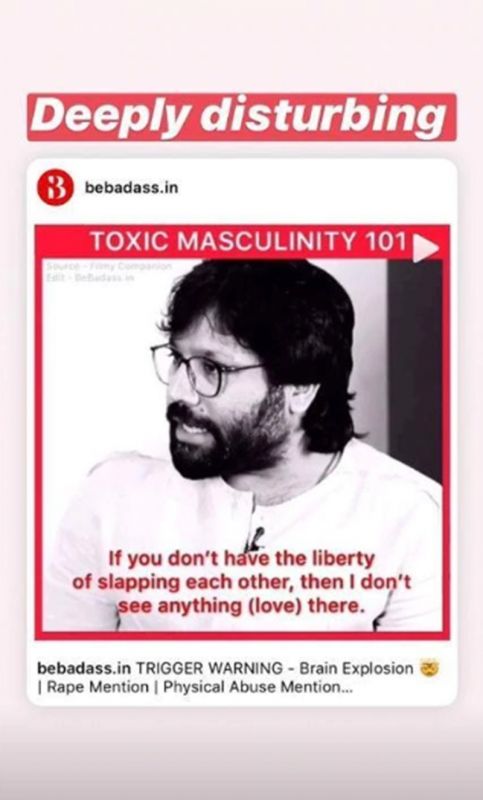 All praise for Parineeti Chopra

Prayers for the player

Mahesh’s Sarileru Neekevvaru to be tweaked