I am not interested in politics, says V V Vinayak

Top director V.V. Vinayak is very confident that his upcoming film Inttelligent is going to be a big success. “I have seen the film and am confident that it will do well,” says the director.

Sai Dharam Tej is playing a software professional in the film that apparently depicts some mind games, and hence the title. The director reveals that the story is based on real incidents that happened in the recent times. “The film is based on the story of the Snake Gang. We have added some entertainment to it, though,” he says and adds, “I interact a lot with senior director Raghavendra Rao garu and he always says that we should choose stories written by others sometimes instead of only working on our stories. That’s why I made films like Krishna and Adhurs. Otherwise it’s easy to get stereotyped.” 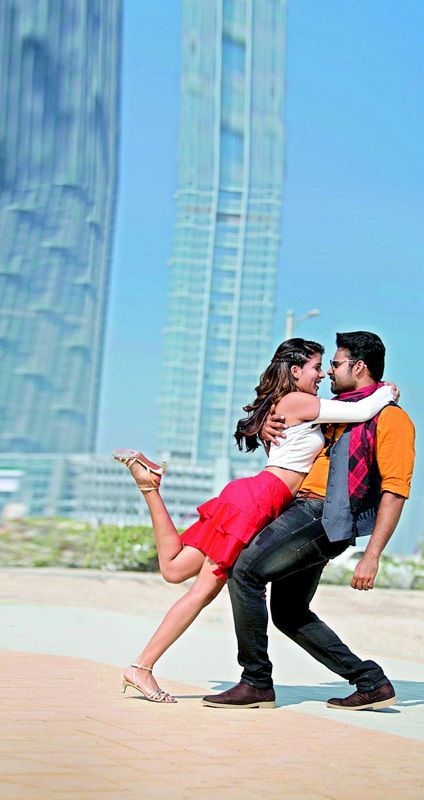 Lavanya Tripathi and Sai Dharam Tej in a still from Inttelligent

When asked to comment why Telugu films are mostly inspired or copied from other languages, he explains, “The practice has been there since long, but people are coming to know now because of social media. There are many original films too.”

Vinayak is very close to a few politicians and there are rumours that he may enter into politics soon. “I read the news too, but I never react. I am not interested in politics,” he clarifies.

The director is known to produce big stars and work with newcomers. “I want to come up with a concept-based film with newcomers. It may take two years to materialise though,” he says.

With some actors going on record to say that they know when a film is a hit or a flop right in the middle of shooting, what does he feel? “I don’t think that is right. If they feel so in the middle of the shooting, they are all great people,” says the director, satirically.

About doing a film with Mahesh Babu, Vinayak explains, “Although we discussed it many times, we didn’t get the right story. It will happen only when the right script comes our way.”